Bryce Canyon Facts! In this article, we provide you with 15 amazing facts about one of America’s most magnificent national parks.

To get you excited about planning your next visit, in this article we’re covering 15 fascinating facts about Bryce Canyon National Park.

Let’s begin with the sunrises in the park which are nothing short of jaw-dropping. Some of the famous hoodoos in Bryce Canyon are more than 200 feet tall, but more about that later.

I’ll be the first to say that the Navajo Loop Trail in Bryce Canyon is among the most beautiful I’ve hiked in the parks system.

Here Are Some Of The Basic Facts

2. Paiute Indians Occupied The Area Around What Is Now Bryce Canyon Starting Around 1200 A.D.

One of the most interesting of the Bryce Canyon National Parks Facts involves its early origins. There were three groups of natives that are known to have been in the area of Bryce.

The Paiute Indians, however, did occupy the area around what is now Bryce Canyon starting around 1200 A.D.

While the Paunsaugunt Plateau was used for seasonal hunting and gathering activities there is no evidence of permanent settlements there.

According to a native superstition it was believed that if you looked closer at the hoodoos and rocks then you could see the faces of those who turned to stone.

According to the National Park Service, the legend of Bryce Canyon was explained to a park naturalist in 1936 by Indian Dick, a Paiute elder who then lived on the Kaibab Reservation:

You can see them in that place now all turned into rocks; some standing in rows, some sitting down, some holding onto others. You can see their faces, with paint on them just as they were before they became rocks. The name of that place is Angka-ku-wass-a-wits (red painted faces). This is the story the people tell.” (Source: NPS)

If you’re as intrigued by the Age of Discovery & Exploration as I am then here’s another of those Bryce Canyon National Park Facts which you’ll find particularly interesting.

In 1776, in an expedition directed by Franciscan Friars, two Spanish explorers, Silvestra Velez de Escalante and Francisco Atanasio Dominguez, found themselves near the Bryce Canyon area along what is now the Arizona border.

These explorers were among the first to experience the beauty of Bryce Canyon’s pink cliff sides and incredible red rock.

In 1872, U.S. Army Major John Wesley Powell and his expedition explored the area.

Just who was this John Wesley Powell you might ask?

John Wesley Powell remains one of the most legendary characters to pass through the pages of history.

Powell was an adventurer from a very early age. At 21, he walked across the state of Wisconsin. The next year, he rowed the entire Mississippi River. Later he made trips down the Ohio and Illinois Rivers.

Even before his historic, early whitewater run through the entire Grand Canyon, Powell had already led a full life.

During the Civil War, he commanded a Union artillery regiment and lost his right arm after being wounded in the Battle of Shiloh.

On May 24, 1869, Powell began a journey for the ages as he led a company of men down the Green and Colorado rivers from Green River, Wyoming to St. Thomas, Nevada.

Powell was accompanied by 9 men in four wooden boats. He led the expedition through the Grand Canyon and over punishing rapids that many would hesitate to run today with modern rafts.

On the first trip, in 1869, his men suffered through perilous rapids, losing an entire boat and a third of their supplies, rotten food, fires in camp, and fist-fights among the men.

On August 27, the group reached a place that Powell would later name Separation Canyon.

Of the ten men that started out from Green River Station, six completed the entire journey. Frank Goodman left the expedition on July 6 during the resupply at the Uinta River Indian Agency, claiming he’d had more than enough adventure. He walked away and lived for some years with the Paiutes of eastern Utah.

Now Oramel Howland, the man tasked with mapping the river, begged Powell to call it quits. Howland proposed a massive climb to the rim and then a 75-mile hike to the nearest Mormon settlement.

Powell refused to go, but Howland managed to convince his younger brother, Seneca, and William H. Dunn that the danger was too great. These three men feared they could not survive the dangers of the river much longer.

They attempted to hike out of the Canyon, but were never seen again. According to one theory, the three men allegedly encountered a war party of Shivwit Indians and were killed.

No one knows for sure what happened to them, however, as their bodies were never recovered.
Powell, however, successfully completed his journey though the Grand Canyon and the Colorado River becoming the first person to do so.

5. Bryce Canyon Was Named After A Mormon Pioneer

Just when you thought we couldn’t come up with any more unbelievable Bryce Canyon National Park Facts we’ve come up with another one. In researching Bryce Canyon, I was fascinated to learn that Mormon pioneers spent long, lonely summers tending sheep and cows there long before it became a national park.

One of those Mormon pioneers was a man named Ebenezer Bryce. He homesteaded in the area in 1874

Bryce and his family settled and helped build the first church in the area near Bryce Canyon in 1875.

He also constructed a logging road in the Bryce Amphitheater.

Local people commonly referred to this road as “Bryce’s Canyon.”

6. Bryce Canyon Is Technically Not A Canyon

What is in a name? Well here’s one of the most unusual of the Bryce Canyon National Park Facts. Bryce Canyon is not technically a canyon.

Rather it’s a series of about a dozen natural amphitheaters, eroded into an escarpment of the Paunsaugunt Plateau.

7. The Park Is Well Known For Its Hoodoos

When it comes to geologic wonders, Bryce Canyon has the world’s largest collection of a specific rock formation called hoodoos.

A hoodoo is a column of weathered and unusually shaped rock.

These are rock spires that formed due to erosion caused by rainwater. Thousands of years of this action has created a stunning maze-like formation of multi-colored wonder.

Each rock type erodes at different rates. The rock’s resistance to erosion is what causes the undulating shapes of the hoodoos.

8. Popular Films Have Been Shot In Bryce Canon

Throughout its more recent history, this hoodoo-filled area has been a movie hot spot.

Films that have been made in Bryce Canyon include the following:

Visitors often flock to the park to participate in the various programs and activities the park holds in partnership with local astronomical societies and the park’s own Astronomy Rangers.

As a matter of fact, Bryce Canyon is a great place for stargazers. If you look up at the sky after sundown you’re likely to see 7,500 stars (on a clear night). As a matter of fact, the park has the longest running Night Sky program in the National Parks.

10. You Can Find “Thor’s Hammer” At Bryce Canyon

If you’re interested in seeing this amazing geologic formation, the summer months, with all of the lightning and thunderstorms, may the best time to experience the full effect.

11. The Hoodoos Were Once Human–Or Were They?

According to Native American legend, the hoodoos were once human. They were known as To-when-an-ung-wa or Legend People who are actually birds, lizards, or animals.

They were supposedly bad and were punished by Coyote, the god of mischief, who turned them into rocks.

12. Bryce Canyon Is The Smallest National Park In Utah

Of these five national parks, Bryce Canyon is the smallest.

It is also the 12th smallest national park in the U.S.

There are approximately 60 species of mammal and 175 species of birds that live inside Bryce Canyon National Park.

Three of these species are included in the U.S. Fish and Wildlife List of Threatened and Endangered Species.

This includes endangered species such as the California Condor, Utah Prairie Dog and Willow Flycatcher.

As someone who enjoys seeing wildlife and plant life, I found one of the most interesting Bryce Canyon National Park Facts to be that, In addition to some amazing wildlife, it contains 1,000 different plant species.

A majority of the park’s wildflowers are located along trails where they’ve adapted to the park’s rocky soil.

And let’s not forget about the butterflies either. There have been 60 species of butterflies documented inside of the park.

15. You Can Enjoy Bryce Canyon Without Leaving Your Car

If you’re someone who enjoys being surrounded by nature, but doesn’t like to break a sweat then you may find this one of the most satisfying of our list of Bryce Canyon National Park Facts.

Bryce Canyon can be enjoyed without leaving your car.

The Scenic Drive consists of a 38-mile round-trip drive that lets visitors access 13 viewpoints along the popular route. The drive lasts about 2 hours to about half a day.

16. It’s Only 72 Miles From Bryce Canyon To Zion National Park

And I hope that you’ve enjoyed our list of some truly fascinating Bryce Canyon National Park Facts.

Zion’s Big Bend: Everything You Need To Know

Arches: 17 Best Things To Do In Arches National Park 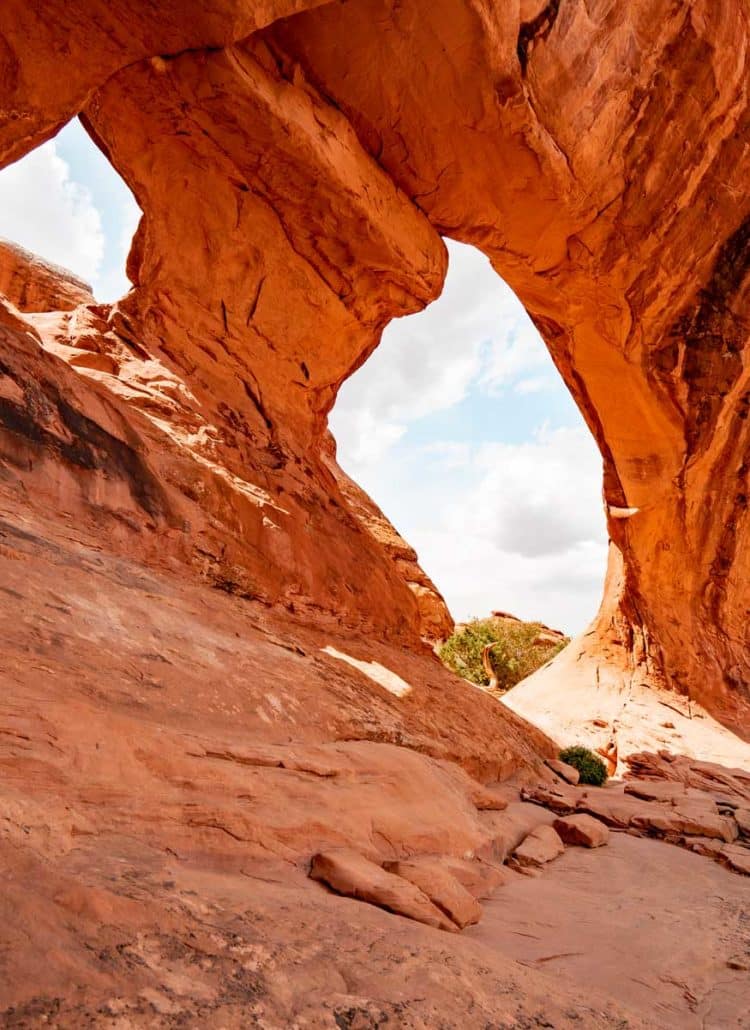 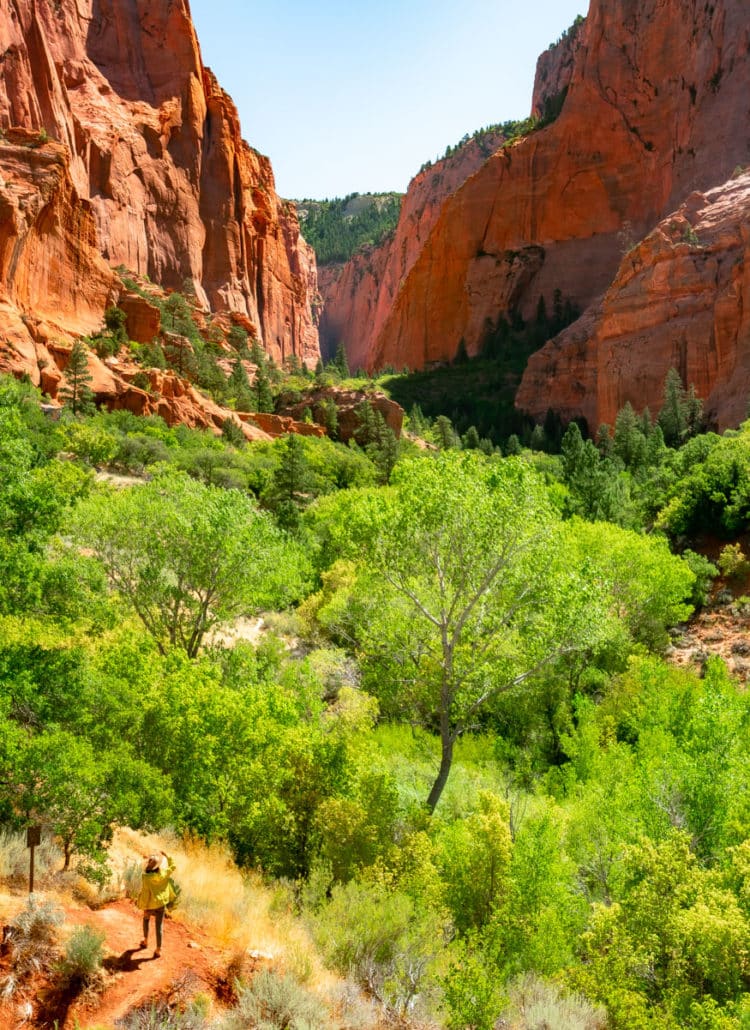 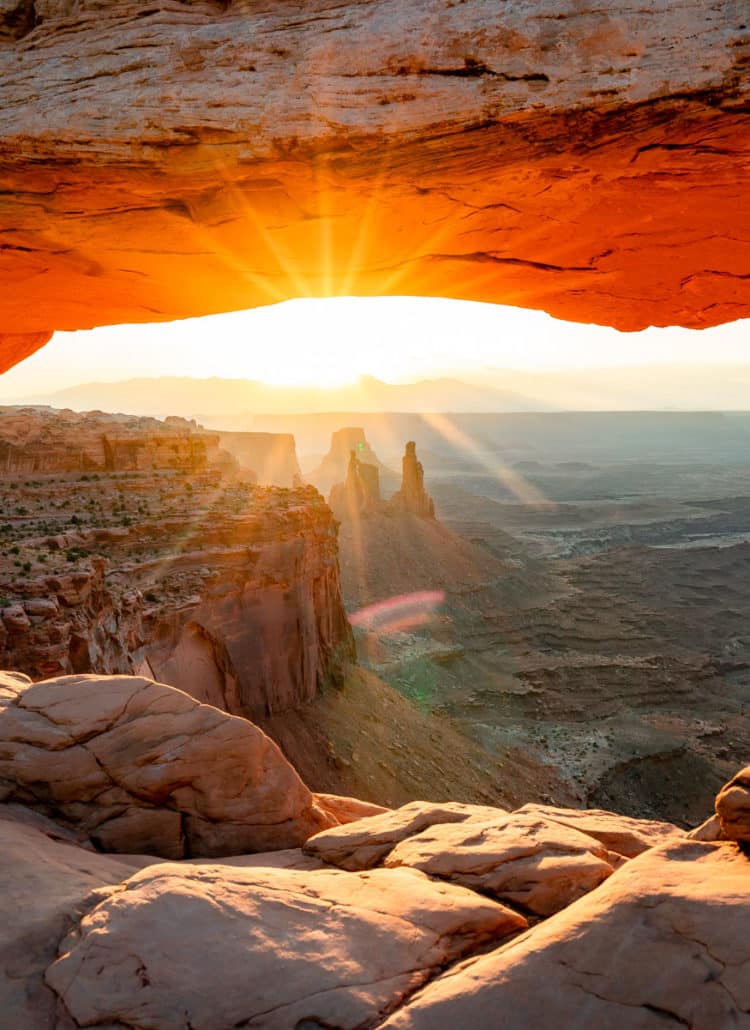 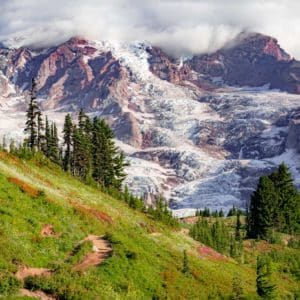