Carlsbad Caverns National Park Facts! In this article, we provide you with 10 amazing facts about one of America’s most magnificent national parks.

Carlsbad Caverns National Park in New Mexico contains some of the largest caves in North America—a must-visit stop for vacations in New Mexico.

As you pass through the Chihuahuan Desert and Guadalupe Mountains of southeastern New Mexico and west Texas, filled with prickly pear, chollas, sotols, and agaves, you might never guess there are more than 300 known caves beneath the surface.

The park contains 113 of these caves, formed when sulfuric acid dissolved the surrounding limestone. This includes Lechuguilla Cave, the nation’s deepest and fourth longest limestone cave at 1,567 feet.

Here’s some of the basic facts about Carlsbad Caverns:

If you’re interested in origin stories then one of the most interesting Carlsbad Caverns National Park Facts is that Carlsbad Caverns is one of over 300 limestone caves in a fossil reef laid down by an inland sea about 265 million years ago.

3. Native Americans Knew About The Existence Of The Caves For Possibly Thousands Of Years

For me, one of the most intriguing of the Carlsbad Caverns National Park Facts involves that fact that twelve-to-fourteen thousand years ago, American Indians lived in the Guadalupe Mountains.

The Mescalero Apache, Zuni Pueblo, and other groups were well acquainted with the area. Some of their cooking ring sites and pictographs have been found within the present day boundaries of the park.

According to the National Park Service, the Mescalero Apache called this area: Jadnut? udebiga (Home of the Bat) while the Zuni Pueblo named it: Asho:sti an alaluckwa (Bat Cave).

If you look carefully around the cave entrance you’ll find multiple mescal cooking pits and even a cave painting.

While there’s no evidence that these native peoples explored deep into the cave, they were certainly aware of its existence.

4. European Explorers Stumbled On The Entrance To Carlsbad Caverns

By the 1500s, Spanish explorers were passing through present-day west Texas and southeastern New Mexico.

In their explorations, they stumbled upon the gaping mouth of what is now known as Carlsbad Cavern.

While several claim to have been the first to have entered the cave they have been mostly forgotten by history.

5. A 16 Year Old Cowboy Is Credited With The First Cave Exploration

Another of the extraordinary Capitol Reef National Park Facts is the incredible story of the first credited cave exploration involves a sixteen year old cowboy.

Jim White was rounding up cattle one evening when he spotted smoke from a wildfire off in the distance. He went into high alert. Fires could be just as devastating then as they are now.

White rode closer to see what was happening. How big was it? Was it moving quickly? What direction was it burning? White rode to the fire so he could report back to camp with the most accurate information possible.

He Saw Thousands Of Free-Tailed Bats

As White approached the cave, however, he realized that it wasn’t smoke he was seeing. It was bats. Thousands-upon-thousands of Brazilian free-tailed bats.

He constructed a ladder which White anchored at the mouth of the cave. It twisted and turned as he descended using only one hand. His other hand held his only light source. After sixty feet, Jim White landed on the cave floor. His light barely penetrated the darkness surrounding him.

White’s  exploration of the cave continued for many years.

He’s responsible for naming many of the features which are associated with the caverns today such as “Devil’s Armchair,” “Devil’s Den,” and the “Witch’s Finger.”  (Source: NPS)

6. The Largest Cave In Carlsbad Caverns Is Over 100 Miles

As of July 2019, Lechuguilla is one of the ten longest caves in the world (one of the four longest in the United States) and the second deepest limestone cave in the country.

The cave has a fascinating backstory. According to the National Park Service, Lechuguilla Cave was known until 1986 as a small, fairly insignificant historic site in the park’s backcountry. Small amounts of bat guano were mined from the entrance passages for a year under a mining claim filed in 1914.

The historic cave contained a 90-foot entrance pit which led to 400 feet of dry, dead-end passages.

The cave was visited infrequently after mining activities ceased. However, in the 1950s, cavers heard wind roaring up from the rubble-choked floor of the cave. Although there was no obvious route, different people concluded that cave passages must lay below the rubble.

A group of Colorado cavers gained permission from the National Park Service and began digging in 1984.

The breakthrough, into large walking passages, occurred on May 26, 1986.

What followed has become some of the world’s most exciting cave exploration in one of the finest known caves on the planet.

In 2014, a National Park Service volunteer caving team entered Lechuguilla Cave inside Carlsbad Caverns National Park. The purpose was to perform re-rigging and replacement of 20-year-old ropes that park cavers use for exploration in the Boulder Falls area of Lechuguilla Cave.

Shortly after the team descended into the cave, one of the members became ill. Heat exhaustion and dehydration were suspected which prompted volunteer team leader, Andy Armstrong to exit the cave and call for rescue assistance.

After he received three bags of IV fluid and rested for many hours, Gomez improved enough to make the 180-foot ascent out of the cave with limited help from the team. Gomez excited the cave. He was able to hike back to his vehicle with the other team members unassisted, and no further medical treatment was required. (Source: NPS)

No reservations are required for this program which takes place at the Bat Flight Amphitheater, located at the Natural Entrance to Carlsbad Cavern.

You’ll be treated to a Ranger talk beforehand. And then you’ll see the main event around sunset, which is when thousands of bats begin their daily exit from the caverns in search of insects to eat.

8. The Big Room In Carlsbad Caverns Is The largest Accessible Cave Chamber In North America

Another truly intriguing of the Carlsbad Caverns National Parks Facts is that Carlsbad Caverns include a large limestone chamber, named simply the Big Room, which is almost 4,000 feet (1,220 m) long, 625 feet (191 m) wide, and 255 feet (78 m) high at its highest point.

The Big Room is the largest chamber in North America and the thirty-first largest in the world.

CHECK OUT: Helpful List Of National Parks By State (With Printable Map)

9. A Wide Variety Of Wildlife Can Be Found At Carlsbad

Another of the extraordinary Capitol Reef National Park Facts is that there are 67 mammal species, 357 bird species, 5 fish species, and 55 amphibian and reptile species found in Carlsbad Caverns National Park.

10. Visitors To The Caverns Can See The Wonders Of The Lower Cave

One of the most popular tours at Carlsbad Caverns is the Lower Cave Tour.

Visitors can see the evidence left behind from the 1924 National Geographic Expedition and other explorations.

Highlights of this tour include “The Rookery,” with countless nests of cave pearls, the “Colonel Boles Formation,” and an incredible diversity of cave formations.

Included in the tour is a descent of sixty feet of ladders and a knotted rope to hang onto as you slowly walk backward down a slope at the tour entrance.

11. There Are Some Rare Microbes That Haven’t Been Discovered Anywhere Else In The World

One of my favorite Carlsbad Caverns National Park Facts is one of the least known. There are some rare microbes that haven’t been discovered anywhere else in the world.

In Lechuguilla Cave, scientists are researching clusters of extremophile microbes, which are thought to be a possible cure for cancer.

Rare, rock eating (chemolithoautotrophic) bacteria are also believed to occur in the cave. 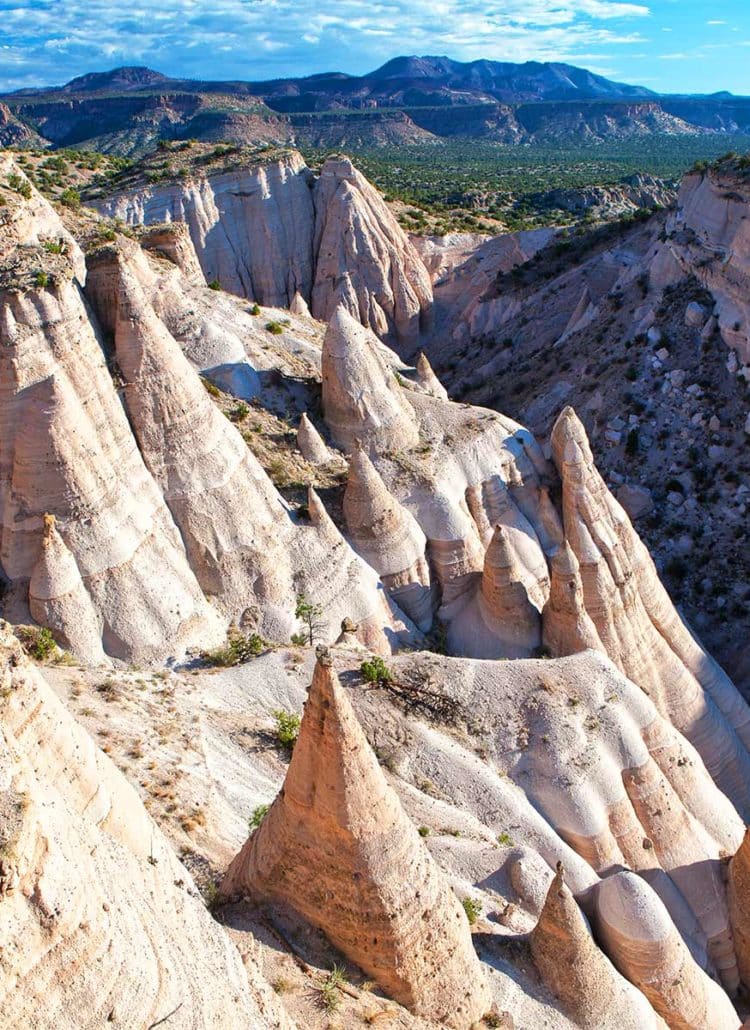 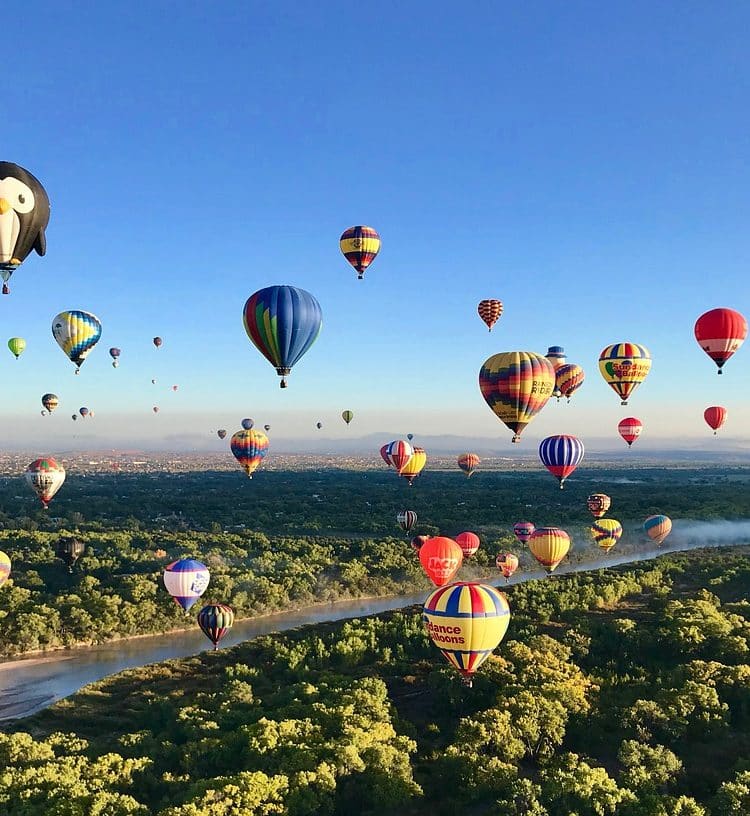 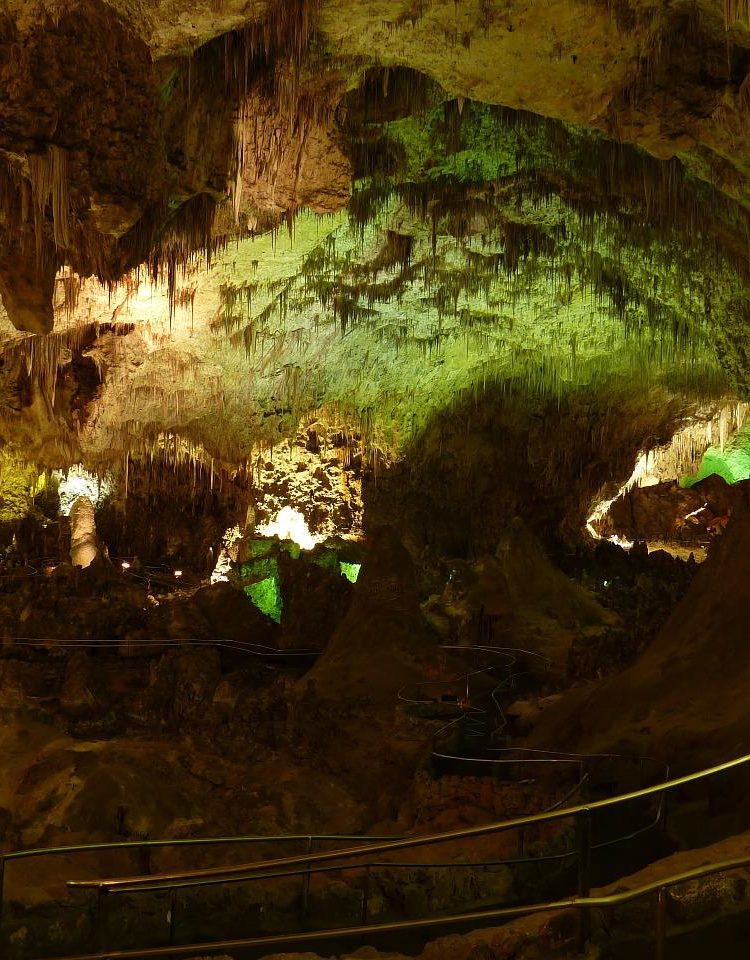 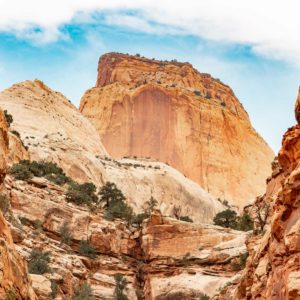