Gateway Arch National Park Facts! In this article, we provide you with 10 amazing facts about one of America’s most magnificent national parks.

If Missourians were asked to identify one symbol which represents their state, many would likely choose the Gateway Arch in St. Louis.

This arch symbolizes Missouri’s important role in the Westward Expansion of the United States during the nineteenth century.

The park is a memorial to Thomas Jefferson’s role in opening the West, to the pioneers who helped shape its history and to Dred Scott who sued for his freedom in the Old Courthouse.

Let’s begin our interesting list of Gateway Park National Park Facts with the one which often attracts the most attention.

At a mere 91 acres, Gateway Arch National Park is the smallest national park in America. It doesn’t even have a natural area.

So why, you might ask, is it a national park? That’s a good question. Unfortunately, it’s not one that I can safely answer other to say that these decision are sometimes made on the basis of political considerations and having powerful friends in Congress never hurts whether your state’s park is deserving of national park status or not.

3. The Park Was Originally Inspired By Jefferson’s Vision

If you’re interested in origin stories then one of the most interesting Gateway Arch National Park Facts is that St. Louis was the capitol of the Louisiana Territory from 1812 until Missouri gained statehood in 1821.

It was the vision of America’s third president, Thomas Jefferson, that Missouri should serve as the “Gateway to the West.”

That vision is symbolized today by the iconic Gateway Arch. So, in fact, you could say that Jefferson’s Vision inspired both the arch and the park.

4. The Gateway Arch Represents The Jumping-Off Point Of America’s Age Of Westward Exploration

For me, one of the most intriguing of the Gateway Arch National Park Facts involves the fact that the arch represents the jumping-off point of 19th century America’s age of westward exploration.

From the newly acquired Louisiana Purchase to Lewis & Clark’s Corps of Discovery and the subsequent westward expansion of the North American continent, it is the doorway to America’s “manifest destiny.”

Manifest Destiny, a phrase coined in 1845, is the idea that the United States is destined—by God, its advocates believed—to expand its dominion and spread democracy and capitalism across the entire North American continent. It’s an interesting idea and one which helped to drive America’s quest to go from “sea to shining sea.”

Symbolically speaking, a journey through this fabled arch signifies our nation’s grand mission to occupy all of the land from sea to shining sea.

5. Gateway Arch Has A Visitor Center That Is Second To None

Totaling more than 150,000 square feet, it’s accessed by a semi-circular entryway that is accentuated by the site’s curving geometry. The lobby is actually dug into a berm and organized around a circle of water. An artistic masterpiece!

You’ll be hard pressed to find a more magnificent visitor center at any other national park in America.

6. The Iconic Gateway Arch Is One Of The Most Recognizable & Beloved Landmarks In The U.S.

Another of the amazing Gateway Arch National Park Facts is that, at 630 feet, the Gateway Arch is one of the most recognizable and beloved landmarks in the United States.

As a matter of fact, the monument we know today first began in 1935, when President Franklin D. Roosevelt designated property along the St. Louis riverfront to be developed as the Jefferson National Expansion Memorial (now known as Gateway Arch National Park)

7. A Finnish-American Architect Won A Nationwide Competition To Design The Famous Arch

A nationwide design competition was launched in 1948 to determine what shape the Memorial would take. Architect Eero Saarinen’s design won and, in 1963, construction began on a stainless steel arch.

Saarinen was a Finnish-American architect and industrial designer noted for his wide-ranging array of designs for buildings and monuments.

Among his other designs were the General Motors Technical Center in Michigan and Washington Dulles International Airport outside of Washington D.C.

Saarinen’s motivation was to honor Thomas Jefferson, but to also create a structure “which would have lasting significance and would be a landmark of our time.”

It was completed two years later in 1965. Today, it stands as a symbol of national identity and an example of mid-century modern design.

8. A 19th Century St. Louis Lawyer Who First Proposed A Riverfront Memorial For Thomas Jefferson Had A Park There Named In His Honor

As a retired history teacher I am always fascinated by the stories of the people behind these wonderful projects. One of my favorite of the Gateway Arch National Parks Facts has to do with just such a person.

Luther Ely Smith was a 19th century St. Louis lawyer and civic booster who first proposed a riverfront memorial for President Thomas Jefferson. It was his efforts which led to the creation of the Gateway Arch.

It is therefore fitting and appropriate that the park which bears his name should welcome visitors to the Jefferson National Expansion Memorial and Gateway Arch National Park.

Luther Ely Smith Square is a magnificently landscaped green space, which leads to the entrance of the Arch.

Visitors to the area can enjoy unique plantings, picnic areas, and more than 300 feet of benches.

For history buffs, there’s also the Museum of Westward Expansion, which is located below the Arch.

This museum contains an extensive collection of artifacts, mounted animal specimens, an authentic Native American tipi, and an overview of the Lewis and Clark expedition.

10. The Arch Is The Tallest Artificial Monument In The U.S.

The arch, which stands 630 feet tall, is the tallest artificial monument in the United States and Missouri’s tallest accessible building.

The arch is 630 feet wide at the base. This means that it’s just as wide as it is tall. That’s amazing! 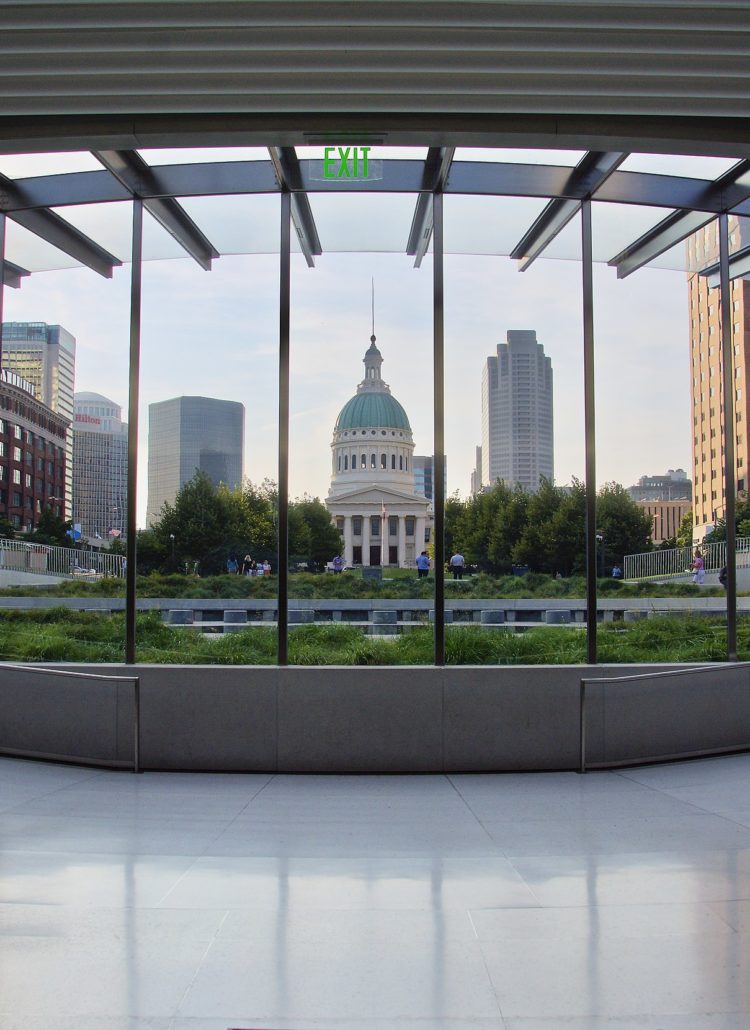 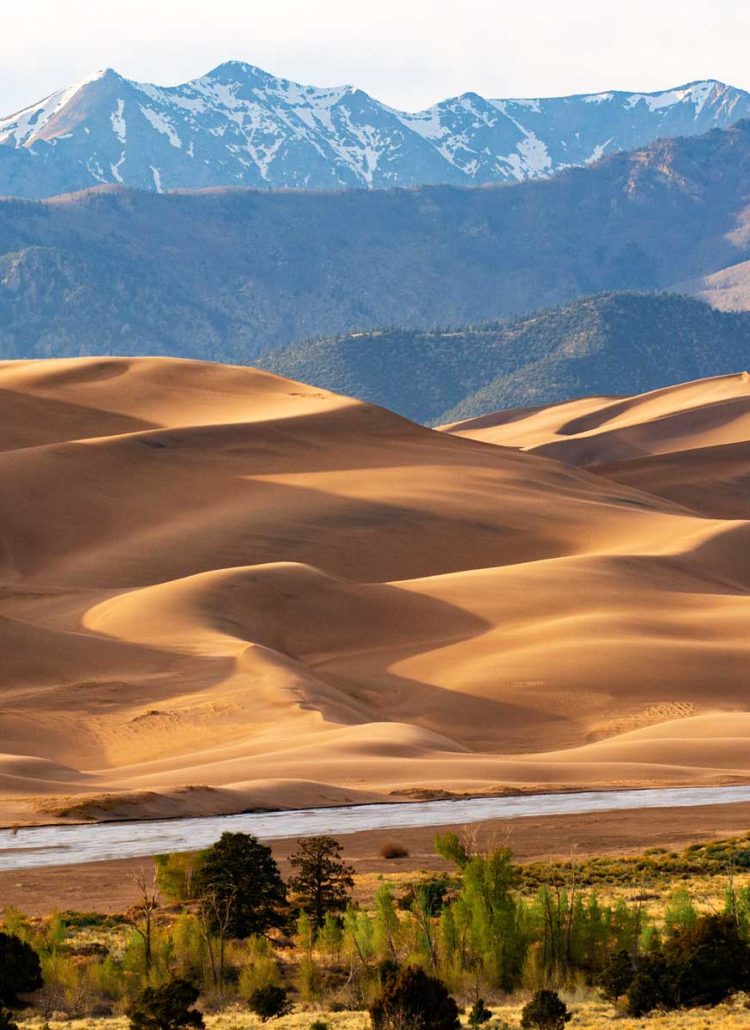 15 EPIC Things to Do at Great Sand Dunes National Park 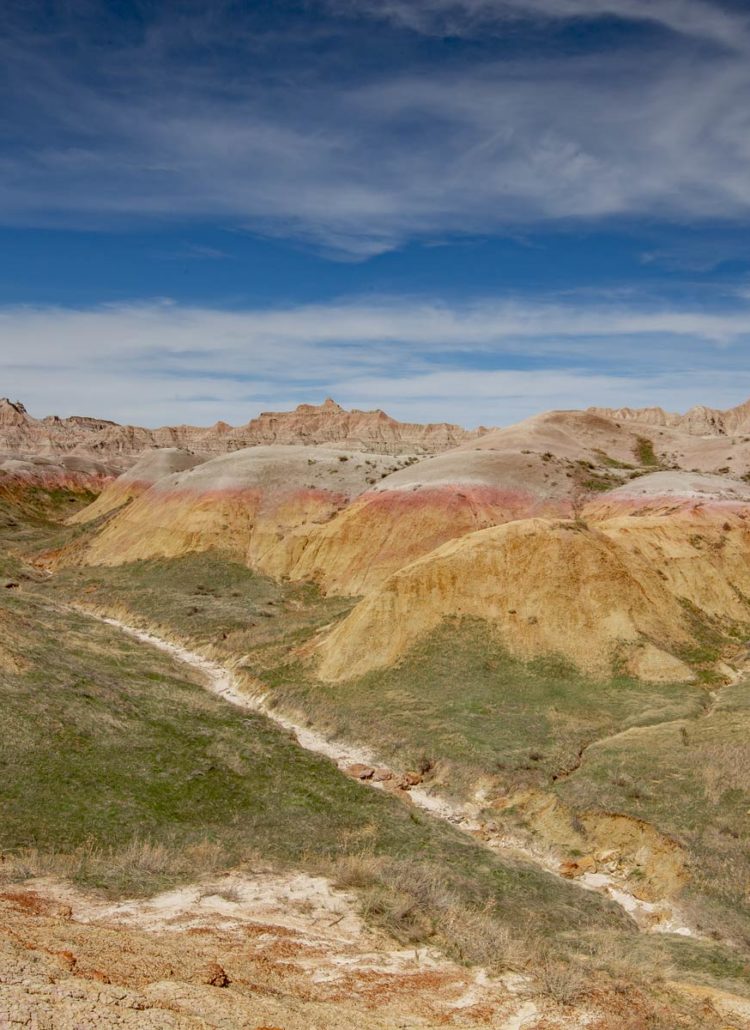 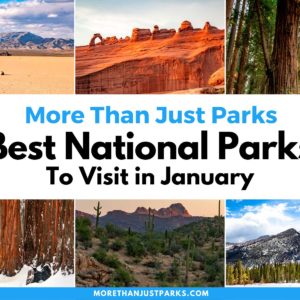