To get you excited about planning your next visit, in this article we’re covering 10 fascinating facts about Congaree National Park.

Congaree is in the state of South Carolina, right next to the major city of Columbia. Few national parks are so close to an urban center of this size.

Congaree’s floodplain forest includes one of the highest canopies in the world.

The park provides a sanctuary for plants and animals, a research site for scientists, and a tranquil wilderness setting for walking and relaxing in.

It’s a great place to visit!

Some basic facts about Grand National Park include the following:

2. Humans Inhabited The Area Which Is Today Congaree National Park For At Least 10,000 Years

If you’re interested in origin stories then one of the most interesting Congaree National Park Facts is that, according to the National Park Service, archaeological evidence suggests humans have inhabited this area for at least 10,000 years.

These earliest people were nomads, living in temporary camps while following the large mammals they relied upon for food and gathering whatever else they needed.

The introduction of corn, beans, and squash led to the eventual unification of these many small tribes into large chiefdoms with large territories.

3. Congaree Is Named For The People Who Once Lived In The Region

The Congaree Indians claimed the floodplain until European explorers arrived on the continent.

About 1700, the Congarees were decimated by a smallpox epidemic which was introduced with the arrival of European settlers.

According to the National Park Service, the Spanish stay was short, but it had lasting impacts. European diseases devastated native populations.

De Soto didn’t remain long, however, as he was in search of gold and the area which is Congaree National Park doesn’t contain any.

In his continued quest for gold, Soto moved through Mississippi and Arkansas. However, he did not make it out of North America alive.

He died on May 21, 1542, of fever. In order to perpetuate the deception of having the Indians believe he was a god, expedition members shrouded his body with blankets filled with sand and sank it in the Mississippi River.

Unlike de Soto The English Intended To Stay

The English colonists established Charles Towne in 1670. Unlike de Soto, they intended to stay and slowly moved inland as more colonists arrived.

In 1701, English surveyor John Lawson traveled up the Santee to the confluence of the Wateree and Congaree rivers. There he encountered the inhabitants who lived there.

They were the remnants of the once great chiefdoms who had originally encountered de Soto.

5. As A Result Of Its Rich Farmland, Congaree Was Colonized

The “Congarees” (i.e., the land found between the Congaree and Wateree rivers) was discovered to be rich in soil that was ideal for farming. By the mid 1700’s, news of this rich farm land brought more settlers.

According to the National Park Service, much of the Congaree floodplain was granted to or claimed by planters whose intent was to plant cash crops such as rice and indigo and make their fortune.

These settlers brought more changes to this landscape.

Plantations were built, new roads soon crossed the area, and ferries like transported goods across the Congaree River to the coast.

Land was cleared and dikes were built in the floodplain to try and control the regular flooding. But while many tried, few had any success in truly taming this wilderness.

6. Congaree Was A Refuge From Slavery

Perhaps the least known of our Congaree National Park Facts is that while Congaree was ideal for establishing farms it was also ideal for escaping from the oppressive plantation economy, which characterized the South prior to the Civil War.

The area is a jungle-like wilderness which served as a refuge.

Some people made the long journey north, but many opted instead to flee to the woods where they were able to remain near family and supplies.

These people were called maroons. They made the difficult decision to exist in the wilderness, sometimes for years, rather than submit to the cruelty of slavery.

7. Many Of The Largest Tress In Congaree Were Cut Down By The Logging Industry

One of the things I find most fascinating is how history and nature intersect in a unique way which transforms places so many of us enjoy today.

Of course, these transformations are not always for the better. A case in point would be how Congaree was impacted by the rise of the Industrial Revolution after the Civil War.

As the National Park Service notes, Francis Beidler of Chicago purchased 15,000 acres of the Congaree floodplain to harvest the stands of immense old-growth cypress trees.

Over almost 20 years, loggers cut many of these massive trees, floating them downstream to his lumber mill to become shingles, pilings, or house siding.

A Newspaper Editor Comes To The Rescue

One of the people who enjoyed the unique scenery of Congaree was a newspaper editor by the name of Harry Hampton.

Hampton spent time exploring the floodplain. He came to understand that this was a very special place, the last of its kind and size, and therefore worthy of saving.

Through his newspaper columns, Hampton advocated for the preservation of the Congaree so that future generations could enjoy it as he did.

Harry Hampton appealed to whoever would listen and worked tirelessly to help save the forest he loved from disappearing forever.

While he was unable to stop the destruction of this area, his efforts inspired others.

The 1970’s saw a new generation of advocates rise up. Calling for “Congaree Action Now,” activists from South Carolina and from across the country lobbied Congress to make Congaree a national park.

Through their tireless efforts, they convinced the landowners to sell the land and Congress to establish the Congaree Swamp National Monument in 1976.

Furthermore, the park is a floodplain, not a swamp, despite its former name of Congaree Swamp National Monument.

A floodplain is a low lying area near a river, covered by water only part of the year. A swamp is permanently covered with water.

9. Congaree Is An International Biosphere Reserve

One of my favorite Congaree National Park Facts is that, in 1983, International Biosphere Reserve status was given to the park as part of the South Atlantic Coastal Plain by UNESCO (United Nations Educational, Scientific and Cultural Organization).

Biosphere reserves are ‘learning places for sustainable development’. They are sites for testing interdisciplinary approaches to understanding and managing changes and interactions between social and ecological systems, including conflict prevention and management of biodiversity.

They are places that provide local solutions to global challenges.

Biosphere reserves include terrestrial, marine and coastal ecosystems. Each site promotes solutions reconciling the conservation of biodiversity with its sustainable use.

At least 170 species of birds can be seen in Congaree National Park.

Among the wading birds, songbirds, woodpeckers, raptors, and other birds that can be seen in Congaree at one time of the year or another are barred owls, turkeys, wood ducks, blue herons, red-shouldered hawks, various warblers, and swallow-tailed kites.

Another of the interesting Congaree National Park Facts is that large animals possibly seen in the park include bobcats, deer, feral pigs, feral dogs, coyotes, armadillos, turkeys, and otters.

Its waters contain interesting creatures like amphibians, turtles, snakes, and many types of fish, including bowfin, alligator gar, and catfish. 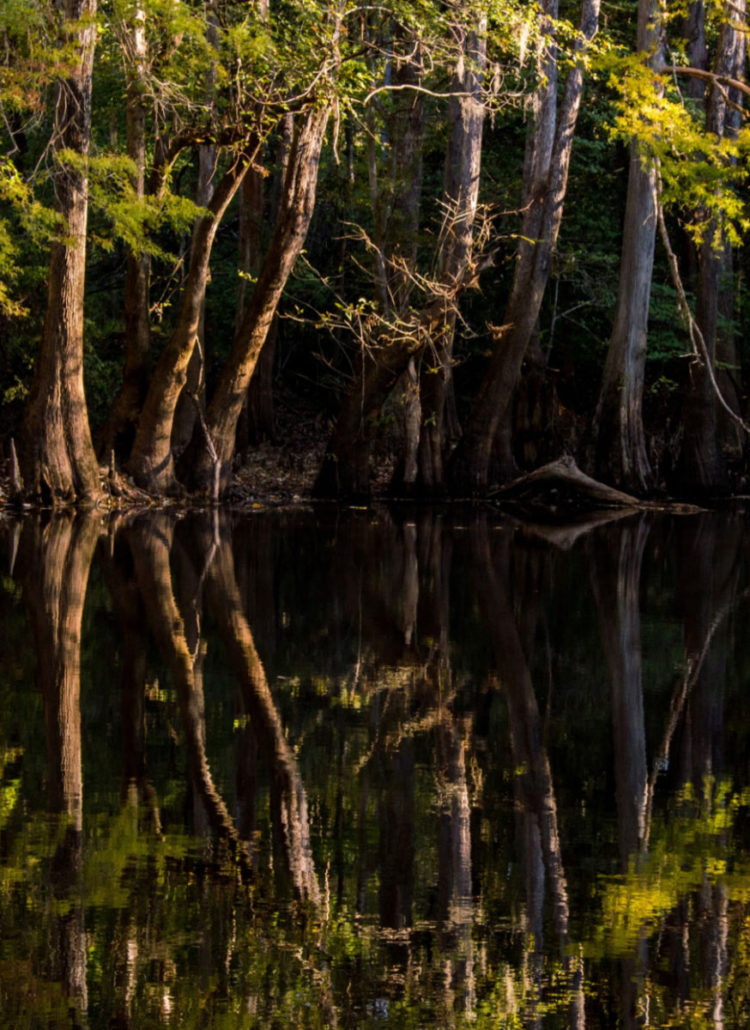 12 EPIC Things to Do at Congaree National Park 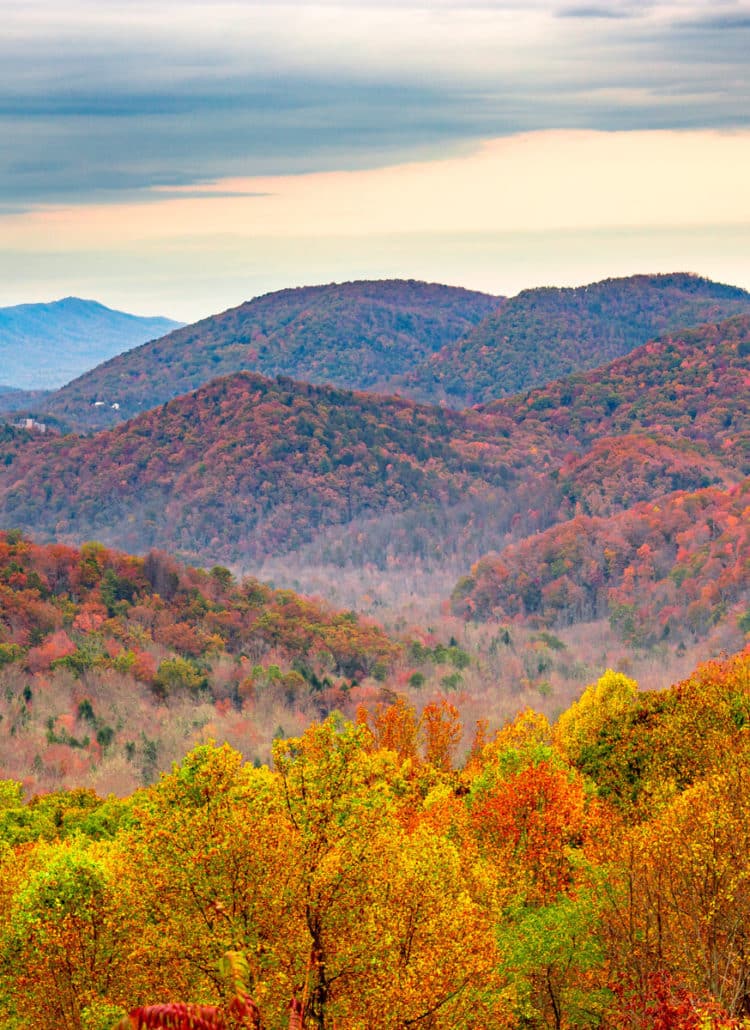 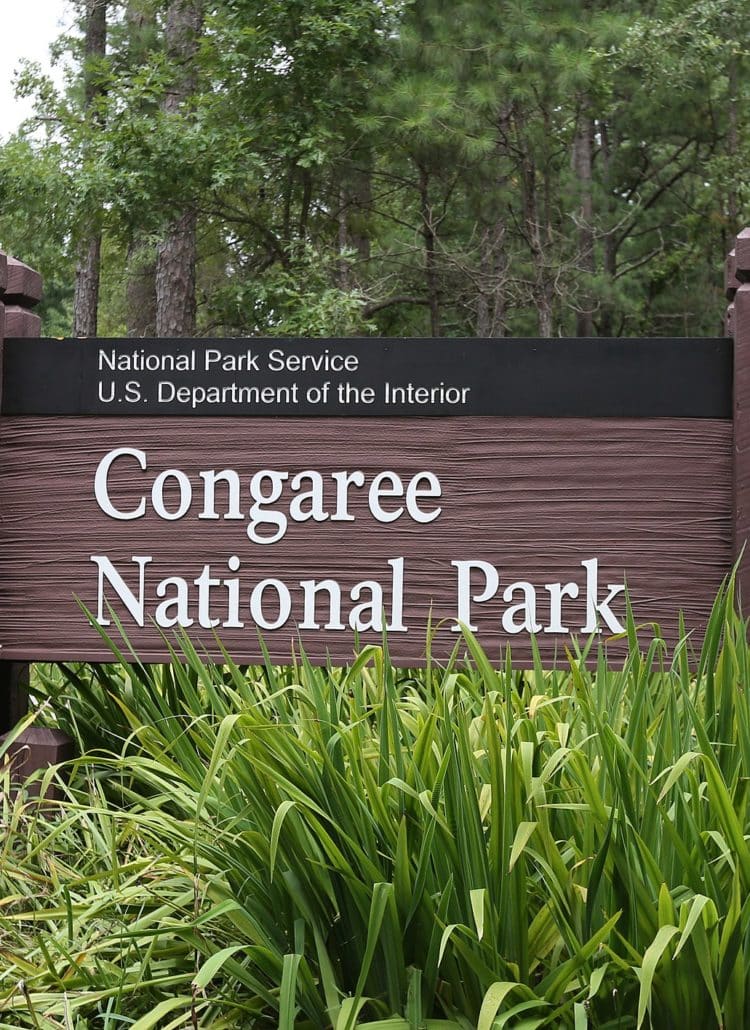 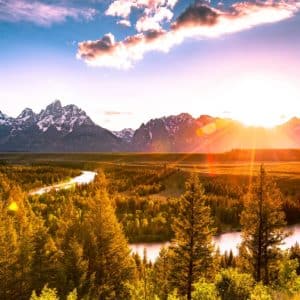 Explore the US National Parks