National Parks near Mesa. There’s so much more to the Great American Southwest than Sun Devil Stadium on a Saturday night.

In this article, we’ll familiarize you with the incredible national parks that are within a day’s drive of downtown Mesa.

Now let’s go ahead with 10 reasons why you’ll want to hop in your car and make a day’s drive from Mesa to one of these truly amazing places.

Why Trust Us About National Parks Near Mesa?

With the advent of the railroad in the 19th century more people began to visit these incredible ruins. The rise in visitors had unintended consequences such as damage from souvenir hunting, graffiti and outright vandalism. This raised serious concerns about the preservation of the Casa Grande.

Senator George F. Hoar presented a petition before the U. S. Senate in 1889 requesting that the government take steps to repair and protect these ruins. In 1892, President Benjamin Harrison set aside one square mile of Arizona Territory surrounding the Casa Grande Ruins as the first prehistoric and cultural reserve established in the United States.

Further discoveries at the site led President Woodrow Wilson to proclaim Casa Grande Ruins to be a National Monument on August 3, 1918.

Today, visitors to Casa Grande will find a visitors center, museum and bookstore. There is a movie about the park and its history.

RELATED: THESE 24 ARIZONA NATIONAL PARKS WILL BLOW YOUR MIND

With a serious case of “gold fever,” Spanish Explorer & Conquistador Francisco Vasquez de Coronado set off with an expedition in search of the Seven Cities of Cibola which were rumored to be filled with gold.

They didn’t discover the seven cities and neither will you, but a good place to begin your expedition is at the visitor center. There’s a film which provides a brief history of the expedition.

From there you’ll have an opportunity to see the magnificence of the lands once visited by Coronado only you will be able to travel in greater comfort than he did.

The Montezuma Pass Overlook & Scenic Drive is a great place to begin your expedition. It will take you to an elevation of 6,575 feet. The pass offers sweeping views to the east of the San Pedro River Valley and to the west over the San Rafael Valley. If you prefer hiking to driving then you will find some wonderful opportunities to get in those steps and marvel at the magnificence of the American Southwest.

The west could be a dangerous place in the 19th century. The U.S. established a series of outposts, otherwise known as forts, to bring to provide settlers with a measure of safety in an otherwise dangerous land.

Visitors can also participate in bird watching, hiking, and wildlife viewing while there.

Let’s take a break from learning about all of the wonderful history behind so many incredible places and just have some fun. And Glen Canyon National Recreation Area is the perfect place to do it.

Whether you prefer aquatic adventures or backcountry excitement, Glen Canyon’s got it going on! We’re talking over 1.25 million acres straddling two states.

Arizona’s Grand Canyon National Park has a special significance for the founders of More Than Just Parks.

Places of interest along the Canyon Rim include the Yavapai Museum of Geology and Verkamps Visitor Center.

Bicyclists are welcome at Lake Mead on park roads and on routes designated for bicycle use.  There are also approved backcountry roads which are designated routes and are marked with a yellow arrow sign with a number on it.

And, if you’re looking to spend the night, there are over 900 camping and RV sites at 15 different locations. Too many to list here, but don’t worry as I’m confident there’s a site for you. Be sure to check ahead before you depart and make your arrangements so you won’t have any unpleasant surprises.

I am fascinated by the cultures which predated the arrival of the Europeans. Montezuma Castle was established in 1906 as the third National Monument dedicated to preserving Native American culture. These were the folks who came along long before Columbus and the Gang.

Visitors to the site can examine a collection of amazing artifacts including basketry, hunting, jewelry, pottery and tools. There’s even a Southwest Virtual Museum where you can check out these amazing collections online.

Montezuma Castle National Monument encompasses 826 acres and lies in the Verde Valley at the junction of the Colorado Plateau and Basin and Range physiographic provinces. Visitors are encouraged to check out the surroundings including the plant and animal life.

While you’re there, check out the Montezuma Well which has been home to many prehistoric groups of people since as early as 11,000 CE. Visitors can still see the irrigation canal, picnic areas, and historic Back ranch house at Montezuma Well.

Distance From Mesa: Be forewarned that this one is quite a drive (8 hours approximately), but well worth it if you don’t mind spending some quality time with your car (and the people in it of course).

It was the Mexican trader Antonio Armijo who led the first commercial caravan from Abiquiú, New Mexico to Los Angeles in late 1829. Over the next twenty years, Mexican and American traders continued to use routes similar to the one he pioneered.

This trail network was a combination of the indigenous footpaths, early trade and exploration routes, and horse and mule routes which became known collectively as the “Old Spanish Trail.”

Today numerous programs and activities are available at sites and in communities along the Trail.

Imagine a forest of petrified wood. It’s like something from another world and you have the opportunity to experience it firsthand.

If you’re new to the park then the visitor center is always a great place to start out. There’s an 18 minute orientation video to familiarize you with the park. There’s also a bookstore, exhibits, gift shop, restaurant and public amenities.

Saguaro National Park is unique in that it is bisected by the city of Tucson. It has two districts – East & West. It takes 30-45 minutes to travel between the two districts.

The park is home to the Saguaro Cactus. It’s a large, tree-sized cactus with a relatively long lifespan–up to 250 years.

The primary outdoor activities are biking, camping, hiking and horseback riding. It’s well worth a visit to this park as the desert beauty makes for an otherworldly experience.

Check Out Our Saguaro Film 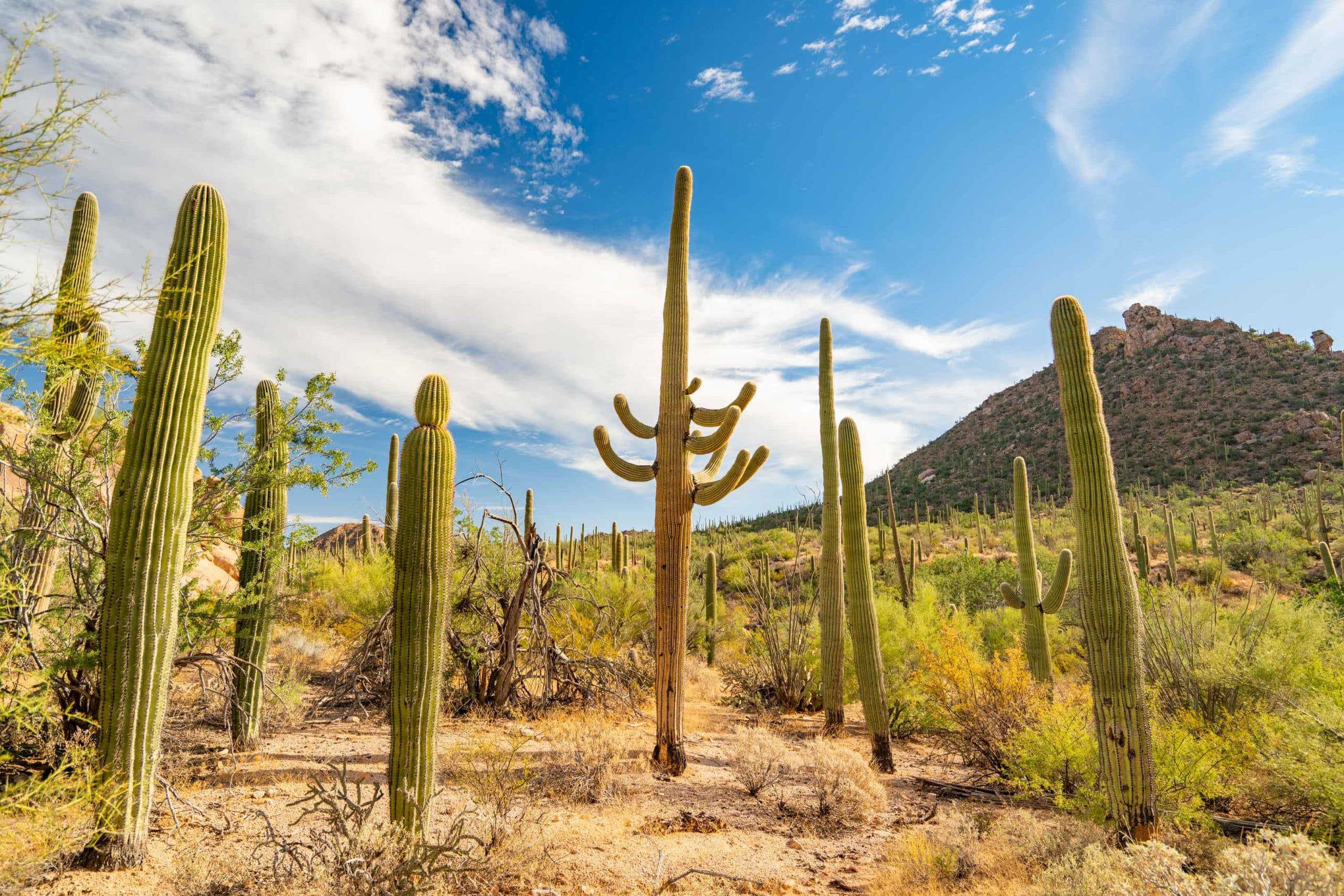 15 JAW-DROPPING Things to Do in SAGUARO National Park (+ Photos) 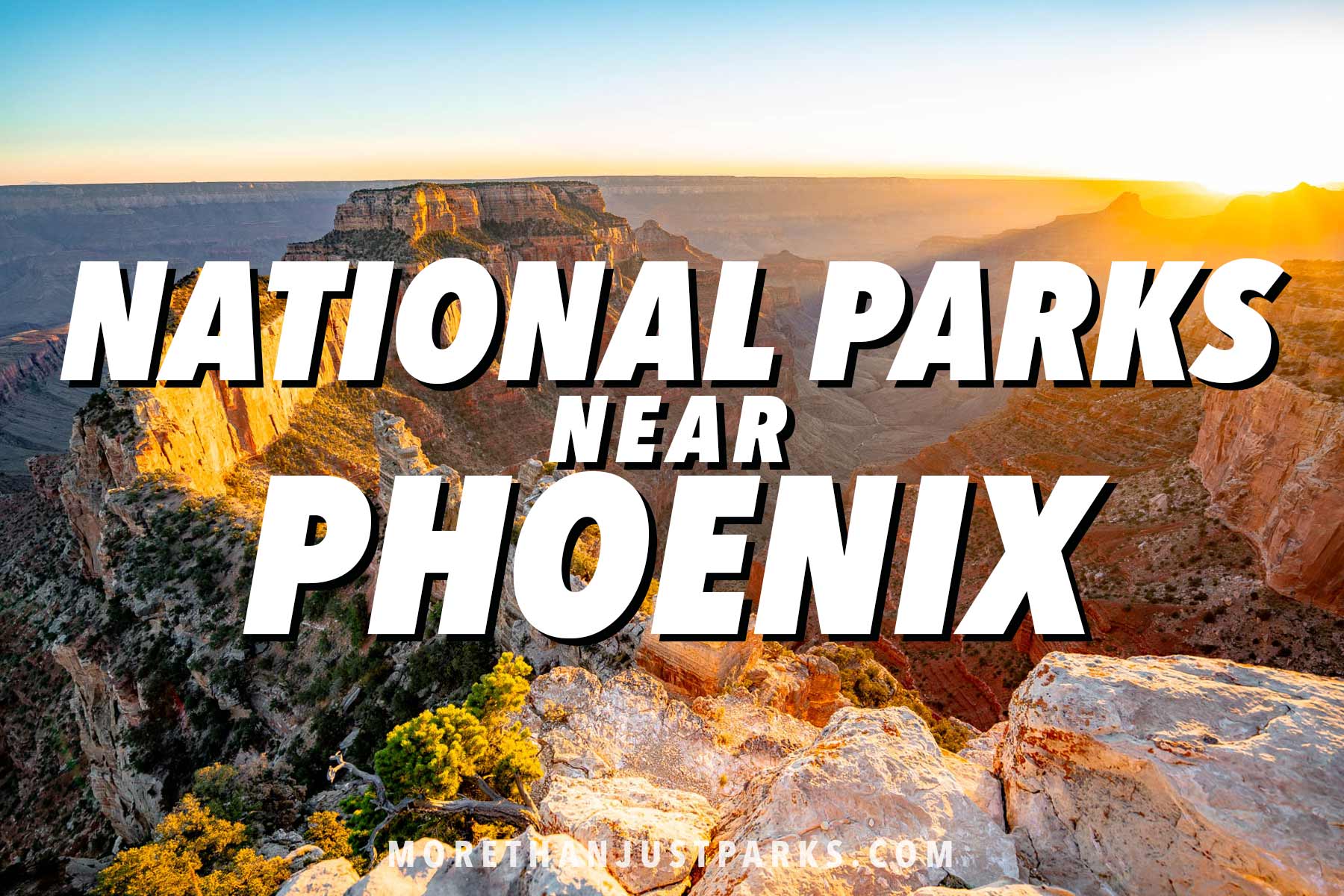 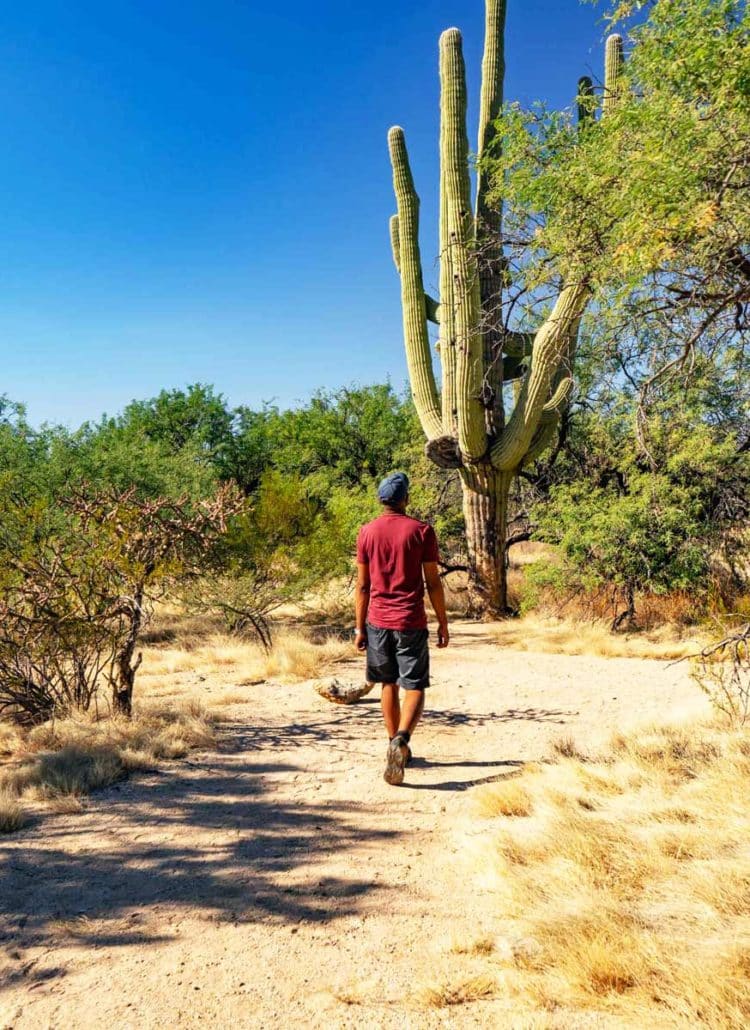 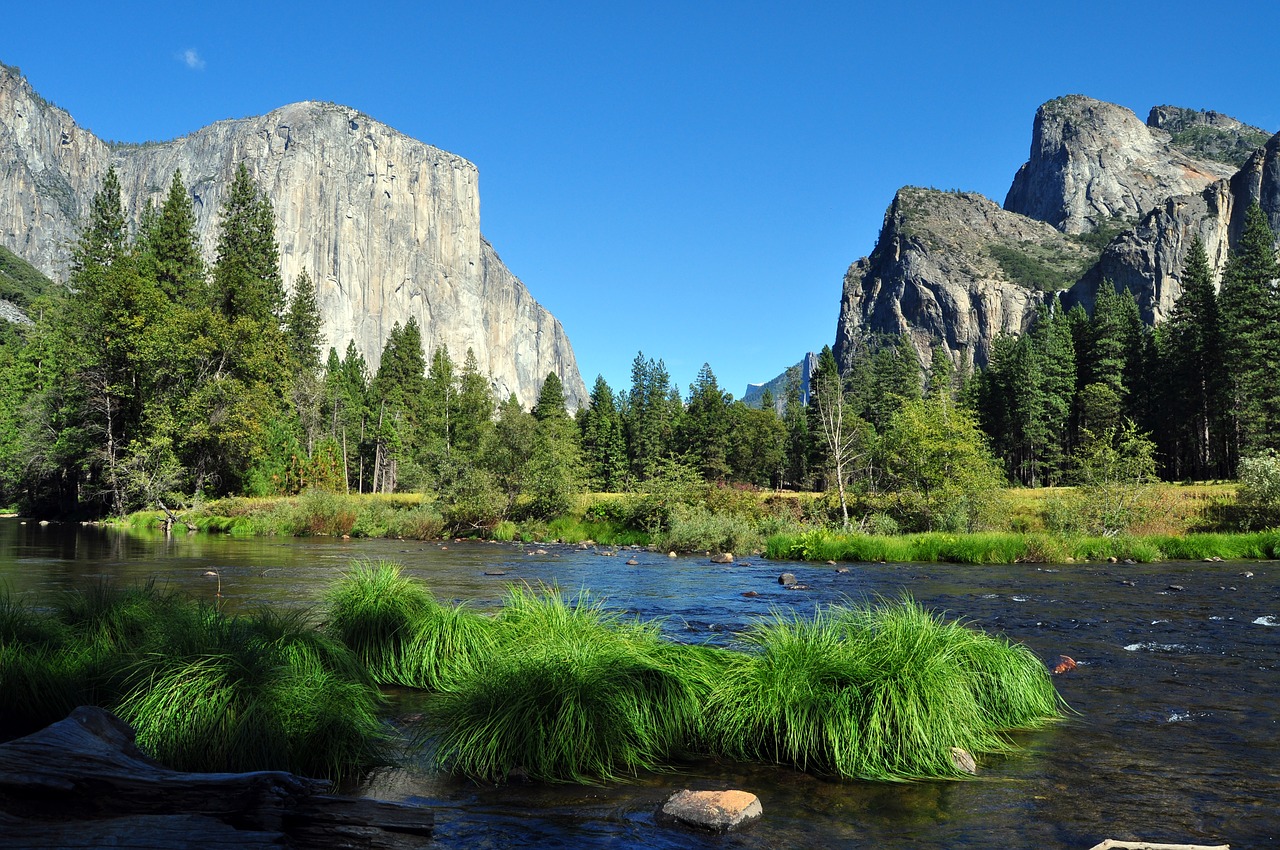