What Exactly is a National Park?

So just what is a national park anyway? Some of you reading this may be thinking you already have this figured out, but do you really? We’ve found that there’s actually quite a bit of confusion out there about what exactly qualifies as a “national park” in the United States, so we’ve set out to clear that up.

What’s in a Name?

There Are Only 63 National Parks

To be clear, there are only 63 national parks. National parks can only be designated by an act of congress – unlike many other units in the national park system which can gain their designation through executive action or even secretarial orders. National historical parks, for instance, are not national parks, even though they contain the phrase “national park” in their title.

No, A National Historical Park is Not a National Park

The same goes for national preserves, national monuments, national seashores, national military parks, national rivers, and anything else that is not simply named “[Insert Title] National Park”. Don’t get us wrong, these are incredible places, but they’re just not “national parks”.

But Just What Are These Other Designations?

We’re so glad you asked! Check out the breakdown below sourced directly from the National Park Service.

The Antiquities Act of 1906 authorized the President to declare by public proclamation landmarks, structures, and other objects of historic or scientific interest situated on lands owned or controlled by the government to be national monuments.

This designation generally applies to historic parks that extend beyond single properties or buildings.

Usually, a national historic site contains a single historical feature that was directly associated with its subject. Derived from the Historic Sites Act of 1935, a number of historic sites were established by secretaries of the Interior, but most have been authorized by acts of Congress.

Ten national seashores have been established on the Atlantic, Gulf and Pacific coasts; some are developed and some relatively primitive. Hunting is allowed at many of these sites.

Twelve NRAs in the system are centered on large reservoirs and emphasize water-based recreation. Five other NRAs are located near major population centers. Such urban parks combine scarce open spaces with the preservation of significant historic resources and important natural areas in location that can provide outdoor recreation for large numbers of people.

There are several variations to this category: national river and recreation area, national scenic river, wild river, etc. The first was authorized in 1964 and others were established following passage of the Wild and Scenic Rivers Act of 1968.

National scenic trails and national historic trails are the titles given to these linear parklands (over 3,600 miles) authorized under the National Trails System Act of 1968.

National lakeshores, all on the Great Lakes, closely parallel the seashores in character and use.

The title parkway refers to a roadway and the parkland paralleling the roadway. All were intended for scenic motoring along a protected corridor and often connect cultural sites.

A national memorial is commemorative of a historic person or episode; it need not occupy a site historically connected with its subject.

There are presently 14 national cemeteries in the National Park System, all of which are administered in conjunction with an associated unit and are not accounted for separately.

The National Park System is Amazing

The national park system is full of incredible places that constitute the all-important natural and cultural heritage of the United States. These special places, from Gettysburg National Military Park to Yosemite National Park, are of immense importance and are equally deserving of preservation and management that fits their unique place in the story of this country.

So whether your favorite national park service unit is a national park, a national monument, a national recreation area, or any other type of designation, the point is they’re all important, but there’s only 63 congressionally-designated “national parks”.

One more fun caveat! Certain sites, like some national monuments and national recreation areas, are not managed by the National Park Service and are instead managed by the U.S. Forest Service or the Bureau of Land Management. Some of these include Mount St. Helens National Volcanic Monument (USFS), Oregon Dunes National Recreation Area (USFS), Carrizo Plain National Monument (BLM), among many others.

Tell us your favorite NPS unit! It can be a National Park, a National Monument, a National Battlefield, or any other designation! Whatever it is we want to hear what makes it special to you. Tell us by leaving us a comment below!

We actually ranked ALL 63 National Parks from best to worst using the same point system featured in this article here. Curious to see how Utah’s parks stack up against the rest of the parks nationwide? Click here!

The Latest from More Than Just Parks

Catch up on all the latest posts from the crew at More Than Just Parks. 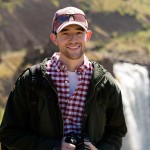 Haleakala National Park: An Epic Guide to an Island Paradise

List of National Parks by State (ALL 50 States Alphabetical)