Located in Kings Canyon National Park, the General Grant Tree is the 2nd largest tree in the world. Just how big is it you ask? In this article, you’ll learn all about this amazing tree and the park which is its home.

1. History Of The General Grant Tree

The largest tree in the world is its neighbor, the General Sherman Tree, which is located in nearby Sequoia National Park.

2. The Naming of the General Grant Tree

So how did this tree get its name? This is a story that’s not without controversy. Lumberman Joseph Thomas Hardin discovered the tree in 1862. He claimed to have named it to honor then Civil War General U.S. Grant.

Most park historians, however, give the credit for naming the tree to Lucretia P. Baker who camped near the tree with her family on August 20, 1867.

Whether it was named in 1862 or 1867, there’s no debate that it was named after the victorious Civil War General Ulysses S. Grant.

On April 28, 1926, President Calvin Coolidge named the General Grant Tree the “Nation’s Christmas Tree.” At the time, it was thought to be the largest tree in the world.

In 1931, however, precise measurements indicated that the General Sherman Tree was slightly larger. For once, it appears that Sherman went father than Grant.

Another victorious general and president of the United States, Dwight D. Eisenhower, declared the tree a “National Shrine,” a memorial to those who died in war. It is the only living object to ever be so declared such a memorial.

Each year, during a Christmas ceremony, park rangers place a large wreath at the base of the General Grant Tree, in remembrance of those who gave their lives.

5. About the General Grant Tree

6. Getting to The General Grant Tree

The General Grant Tree is located in the Grant Grove at Kings Canyon National Park. It’s one of the world’s premier sequoia habitats with several of the world’s largest trees.

A paved 0.8-mile loop will take you to this magnificent tree and a grove of giant sequoias around the General Grant Tree.

The General Grant Tree Trail is typically filled with hikers. There you will find informative panels and astonishing trees.

As long as we’re listing the world’s tallest trees, here’s another. The third-largest tree in the world, based on volume, is a giant sequoia known as the “President.”

8. How Do These Trees Grow So Long

How is it that sequoia trees can grow for so long? They are able to protect themselves against natural threats. The tannic acid found in their sap helps the trees fight off fungal rot, protects them from parasites and acts as a fire repellent against low-intensity burns.

The only way these amazing trees reproduce is through seeds. These seeds remain in their pine cones for almost twenty years without seeing any sunlight.

Believe it or not, the heat which results from naturally occurring forest fires helps to release these seeds from the pine cones into the soil.

In 1940, Congress and President Franklin D. Roosevelt created Kings Canyon National Park.. It incorporated the area of General Grant National Park with the spectacular canyons and high Sierra country to the east.

Kings Canyon’s origins go back to General Grant National Park so it shares the title of the nation’s third oldest national park with Yosemite.

11. The First Visitors To Kings Canyon

The first Native Americans to live in the area were a part of the Paiute Nation, migrating westward over the mountains to the Mono Lake area. They subsisted on deer, and other small game for food and developed a trading network that stretched across the mountains and into Owens Valley.

The first Europeans arrived in 1806. Spaniard Gabriel Moraga and his expedition discovered a major river which they named it El Río de los Santos Reyes – The River of the Holy Kings, later changed to Kings River.

Americans did not start arriving in any numbers until the Gold Rush of 1849. These newcomers came in search of gold and began the first comprehensive exploration of the Sierras.

What they found, instead, was smallpox, measles, and other diseases which devastated local Native American hamlets. The Epidemic of 1862 almost wiped them out entirely.

13. From John Muir To The Present Day

John Muir, America’s legendary conservationist, arrived in 1873. He called it “a yet grander valley” and “a rival of the Yosemite.”

14. Two Parks Managed As One

When Kings Canyon was created in 1940, General Grant National Park became part of the new park instead. During World War Two,

Sequoia and Kings Canyon were managed as one park to save the government money. This management policy continues to the present day.

To paraphrase Nancy Sinatra, “These parks are made for walking. That’s just what they do.” While you’re visiting the world’s tallest tree, why not check out some of the incredible hiking trails at Kings Canyon and Sequoia National Parks.

If walking’s what you love to do then check out the John Muir Trail. It’s a 221-mile trail stretching from Yosemite Valley to Mount Whitney. It travels through Kings Canyon and into Sequoia so you get two national parks for the price of one.

If you’re a hiker then know that the best hiking season is from July to September when the weather is sunny and dry. Permits are not required for day hikes unless you’re planning to hike Mount Whitney. Consider going in the early morning or evening hours to escape the heat of the day.

While his most famous voyage was to Lilliput (ergo the “Lilliputians” or “Little People”), in one of Gulliver’s other journeys, he travels to the land of Brobdingnag where a blade of grass is as tall as a tree.

You don’t have to travel to Brobdingnag to experience what Gulliver did. Travel to Kings Canyon National Park where the trees are so tall and so amazing that you’ll feel like a Lilliputian in this land of the giants.

How is this possible you might ask? At Kings Canyon, the winters are relatively mild which makes it a perfect natural habitat for these incredible specimens to grow and thrive.

Ansel Adams was born on February 20, 1902, in San Francisco, California. As a thirteen-year old, he took his Brownie box camera with him and began to photograph the natural wonders around him including Yosemite.

Adams met some of the great conservationists of his time including Joseph N. LeConte, William E. Colby and Stephen T. Mather. Adams became a conservationist himself. He used his magnificent photographs of Kings Canyon to lobby members of Congress to create a national park there.

As Phil Archer of the National Parks Conservation Association notes, “He toted his portfolios from Senate to House, meeting with more than 40 members of Congress, telling his story of finding his life’s purpose in the parks.

He spoke before a conference on the National Park Service and there met Harold Ickes, secretary of the Interior, and shared his photographs with him.”

“Adams assembled his Kings Canyon images with others made in the Sierra and published them as a book, “Sierra Nevada: The John Muir Trail,” in 1938.

He sent a copy to Secretary Ickes, who shared it with President Franklin D. Roosevelt. Kings Canyon National Park was created the following year, putting half a million acres under protection.” (Source: Phil Archer, ‘A Silent but Most Effective Voice’: Ansel Adams and Advocacy, NPCA)

18. The Deepest Canyon In The US

That honor goes to Kings Canyon. It reaches a depth of 8,200 feet. And, best of all, you can drive right down to the bottom of the canyon on the Kings Canyon Scenic Byway, which links the park’s main visitor centers of Grant Grove and Cedar Grove.

19. Protected From The Wildfires

Currently, 3,741 firefighters continue to ensure the safety of California residents by keeping in check the Rough Fire – one of California’s 12 currently burning wildfires – firefighters for the US Park Service have been tasked with keeping something else safe: the world’s second-largest tree.

“It’s really important for us to make sure that those values are protected,” Mike Theune, Kings Canyon National Park fire information and education specialist said. “They mean so many things to so many people worldwide. We have visitors that come to us that show us pictures of their parents visiting the tree and want to have that same experience.” (Source: The Guardian)

The fire, which has spread to 139,133 acres, was started as a result of a lightning strike.

20. Check Out Our National Park Rankings

I hope you’ve enjoyed this article and learned things you didn’t know about the world’s second largest tree. If you’re interested in learning more about our national parks, we hope you’ll please check out our complete rankings for all 63 of them. 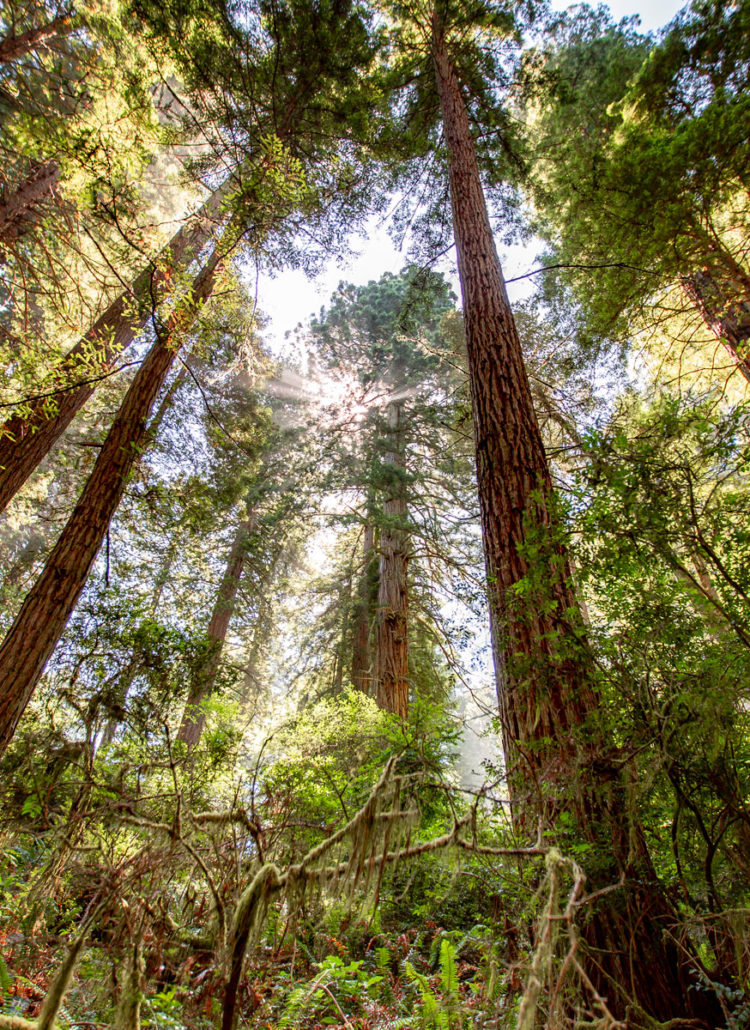 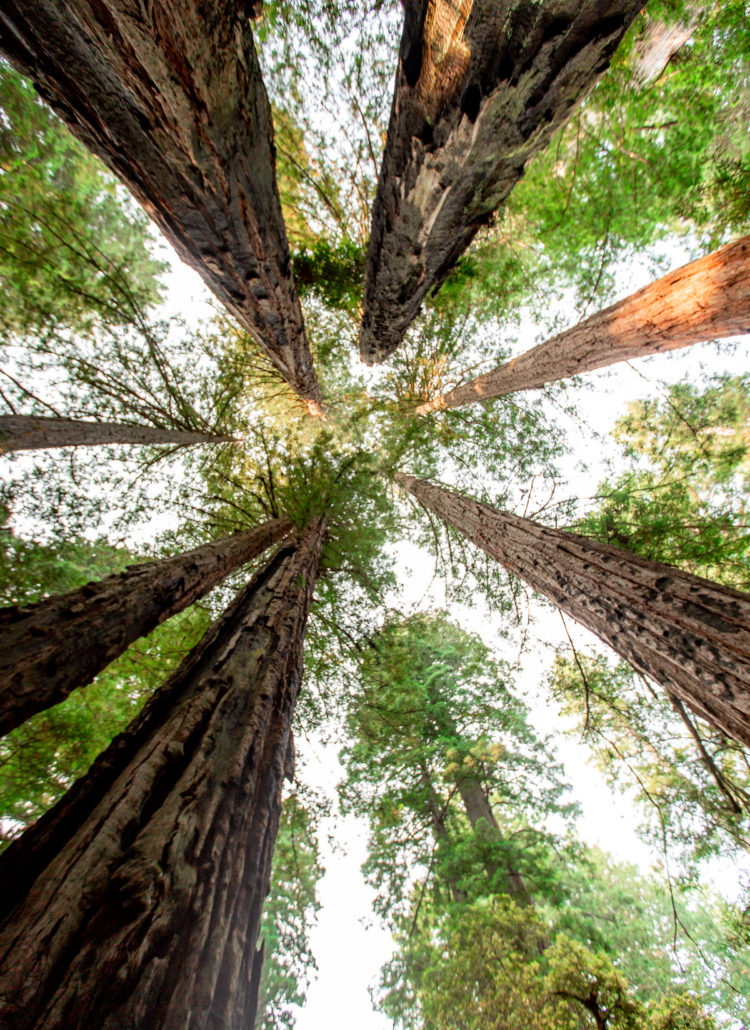 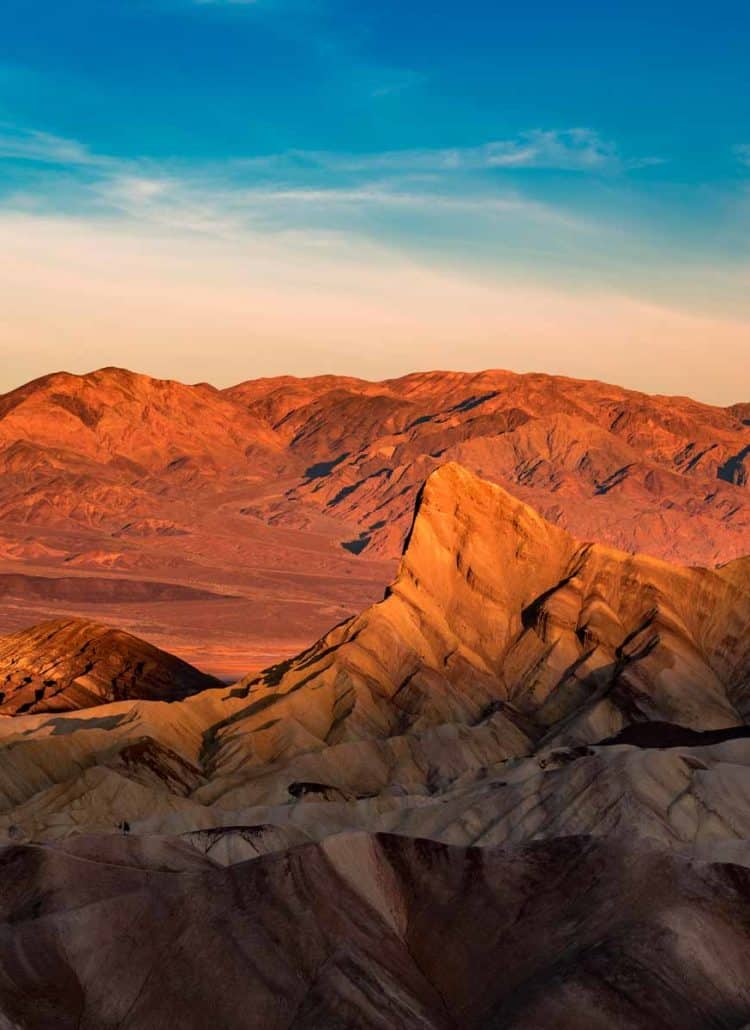 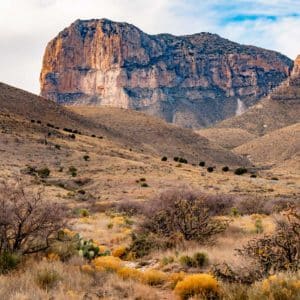