Glacier Bay National Park Facts! In this article, More Than Just Parks provides you with 11 amazing facts about one of America’s most magnificent national parks.

Glacier Bay is a wonderful “cruising park” with spectacular views from the water including orcas, whales, massive glaciers, and so much more.

It’s hard to ask for more breathtaking scenery than what you can find in this Alaska national park. Believe it or not, Glacier Bay is actually Alaska’s most visited national park! So what’s the catch?

Getting to the park is exceedingly difficult unless you’re seeing the park via cruise ship like the vast majority of park visitors.

Accessing the park (not via cruise) requires a flight followed by either another flight or ferry.

Some basic facts about Glacier Bay National Park include the following:

Let’s begin our fascinating list of Glacier Bay National Park Facts with the one which often attracts the most attention.

There’s a reason that this park is named “Glacier Bay” and that reason is that there are over 1,000 glaciers.

The fjord which comprises the majority of the park was covered by the 40-mile-wide Grand Pacific Glacier as recently as 200 years ago.

As the original glacier continued to retreat over the years, it would eventually divide into smaller glaciers.

These glaciers routinely break off into the water with such force that some of them cannot be safely approached from a certain distance.

Another one of the amazing Glacier Bay National Parks is that a Scottish Mountaineer by the name of John Muir is credited to be the one who discovered the park when he first went to the bay in 1879.

He wrote that only the federal government could save our country’s land for future generations to enjoy, which is an idea that led to the creation of the National Park Service in 1916.

According to the National Park Service, John Muir was one of the country’s most famous naturalists and conservationists Muir Woods, part of Golden Gate National Recreation Area, is named in his honor.

Muir is credited with both the creation of the National Park System and the establishment of the Sierra Club.

He educated Americans about the value of the country’s wilderness, inspiring generations of wilderness advocates.

For me, one of the most impressive of the Glacier Bay National Park Facts is that, as noted above, Glacier Bay is a UNESCO World Heritage Site.

In 1993, the United Nations added Glacier Bay and Tatshenshini-Alsek Provincial Park in British Columbia to the first bi-national designation to be recognized as an international World Heritage site (it previously included Kluane National Park and Wrangell-St. Elias National Park).

Together, these four units make up 24.3 million acres of protected area, one of the largest internationally protected ecosystems on Earth.

4. Glacier Bay Has Over 40 Different Species Of Mammals

Now here’s another of those amazing Glacier Bay National Park Facts. Visitors to the park can see over 40 different species of mammals.

As the National Park Service notes, when spotting wildlife on the water, use just your eyes first. Watch for any movement or unusual shapes on the surface, then use binoculars to take a closer look.

Patience and determination are often rewarded and binoculars help magnify the experience.

Now here’s an interesting fact about the sea otters at Glacier Bay. Their population has rebounded from near extinction to almost 9,000 in the last 20 years.

5. The Park Has Approximately 300 Species Of Plants

The park features 300 species of plants.

6. A Botanist Was Responsible For The Park’s Preservation

If you’re interested in origin stories then one of the more interesting Glacier Bay National Park Facts is that an American botanist was responsible for the park’s preservation.

According to the National Park Service, William Skinner Cooper (1884-1978), a botanist at the University of Minnesota, came to Glacier Bay in 1916 to study how plants colonize newly exposed ground following glacial retreat.

He recognized Glacier Bay as the best place on earth to witness the process of “plant succession,” a fascinating interplay of plants, nutrients, soil, and time. In this process, the bare ground emerging from beneath a glacier goes through various stages to become a rich, thick, mossy evergreen forest of towering spruces and hemlocks in just a century.

Cooper returned to Glacier Bay in 1921. At the time, he was a prominent member of the Ecological Society of America.

Cooper understood the importance of preserving this magnificent area so he led a committee of colleagues in a campaign to lobby President Calvin Coolidge to protect the area making up Glacier Bay.

Cooper would return to Glacier Bay several more times over the course of 50 years to document the development in the vegetation plots he established on his first visit.

Now you might be asking: Just what exactly is an International Peace Park?

A “Park for Peace” is a special designation that may be applied to any of the three types of Transboundary Conservation Areas, and is dedicated to the promotion, celebration and/or commemoration of peace and cooperation (IUCN, 2015).

According to the International Union for Conservation of Nature (IUCN), Parks for Peace can serve several purposes. One of these purposes is to celebrate the endurance of peace and the commemoration of peace in a region.

Now I’m not just going to state this fact without telling you why. It has to do with the ice.

Blue is the color of pure glacier ice, compact with few air bubbles, since the air is squeezed out from the weight of the ice. Pure ice has the properties of minerals.

Like sapphires, glacial ice reflects the blue colors of the light spectrum, so beautiful blue color reaches our eyes.

9. The Park Includes The Highest Coastal Mountains In The World

Here’s another one of those amazing Glacier Bay National Park Facts. The Fairweather Range is the highest coastal mountains in the world at 15,000 feet.

It’s also worth noting that these mountains are among the least visited mountains of their elevation in North America.

If you’re looking to do some climbing then be forewarned that mountaineering is made especially challenging by a stormy weather pattern that includes over 100 inches of precipitation per year.

Unpredictable storms frequently cause delays when transporting to a base camp and often forces “holding up” for multiple days or abandoned attempts. Many climbs take as long as one month to accomplish. (Source: NPS)

The Fairweather Range Is In Earthquake Country

According to the National Park Service, the Fairweather-Queen Charlotte Fault is a major fault boundary which cuts across Glacier Bay’s western edge.

For over 50 million years, the Pacific Plate and Yakutat Microplate have been moving northwest along this fault boundary and plowing obliquely into the North American Plate at about the speed your fingernails grow, or about 50 millimeters per year.

At the present time, the outboard-most terrane and the present continental margin are still “closing the gap.” Frequent earthquakes dramatically illustrate that plate motion continues. As these two plates are forced against each other, the compression has pushed the land upward to form mountain chains.

Others are forced downward and melted in the process. Molten rock then oozes volcanically through the shattered landscape. When it cools, it welds together one of the world’s most complex geological jigsaw puzzles: Glacier Bay.

One of the mountain ranges formed by this process is the Fairweather Range, which makes up the western portion of the park.

Alaska is the largest state by area in the United States. While this is a fact which you are likely aware of did you know that Glacier Bay Is Larger Than The State Of Rhode Island?

Despite its big size, 27% of this large tract of land is covered by the glaciers, which translates to 2055 square miles.

Among the most amazing of the Glacier Bay National Parks Facts are the impacts which a changing climate is having on the glaciers.

According to the National Park Service, Glacier Bay today is the product of the Little Ice Age, a geologically recent glacial advance in northern regions. The Little Ice Age reached its maximum extent around 1750. Since then, the massive glacier that filled the bay has retreated 65 miles to the heads of its inlets.

Today, 95% of Alaska’s 100,000 glaciers are currently thinning, stagnating, or retreating, and more importantly, the rate of thinning is increasing.

Glacier Bay’s glaciers follow this trend. Recent research determined that there is 11% less glacial ice in Glacier Bay than in the 1950s. 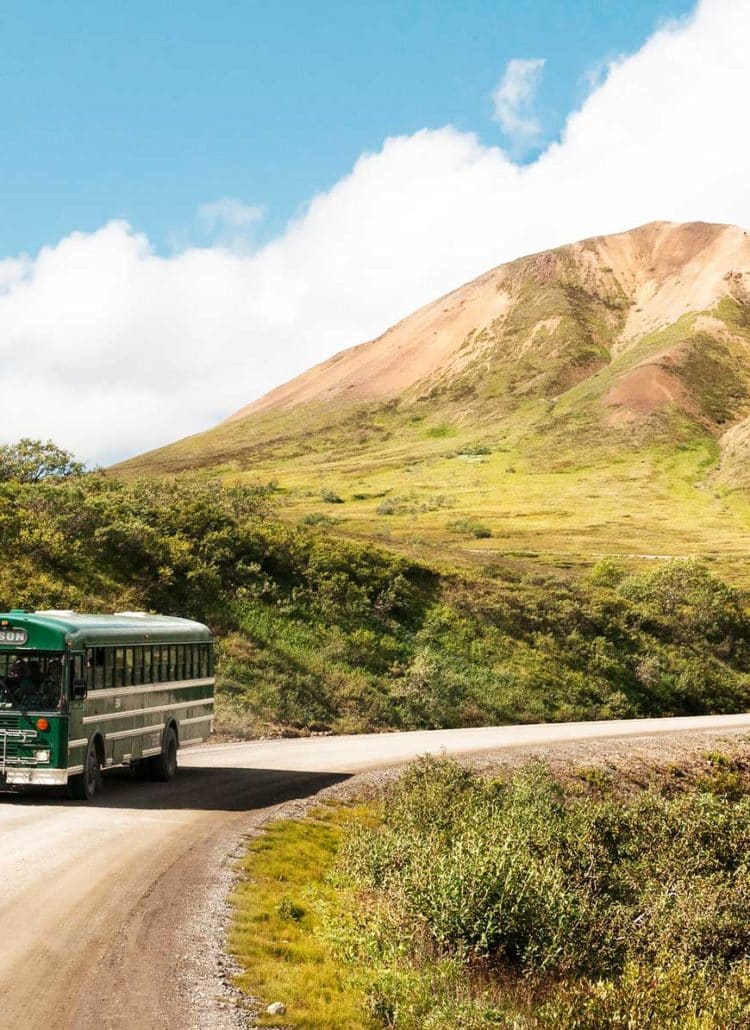 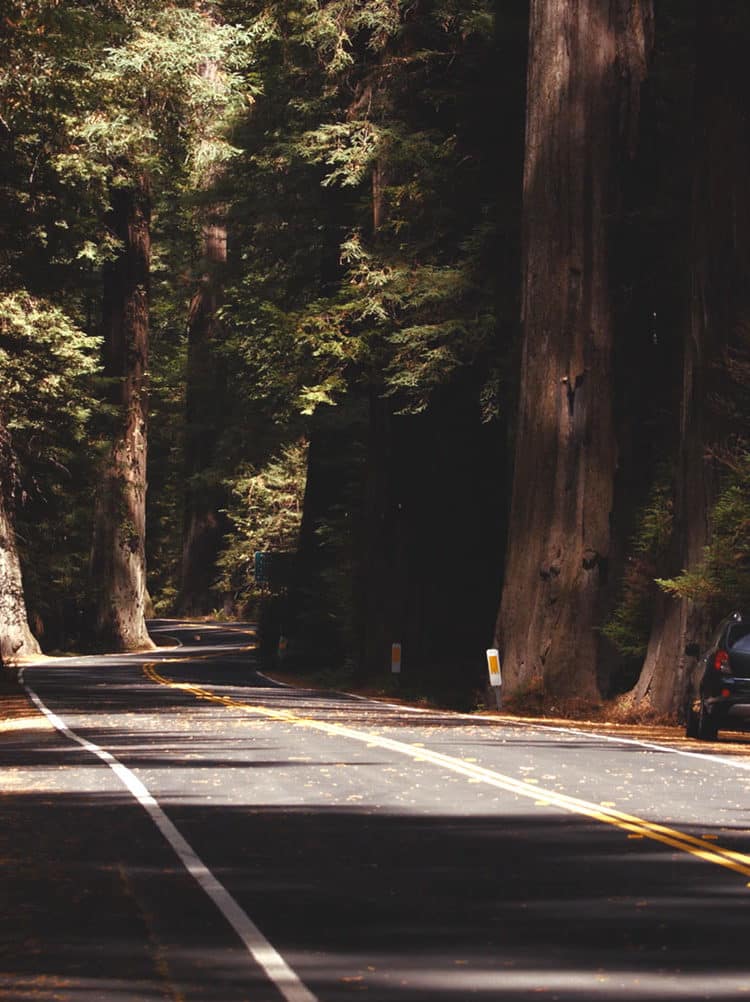 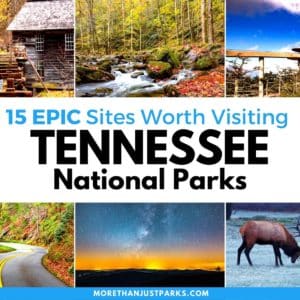