National Parks near Lexington. There’s so much more to the Bluegrass State than the Kentucky Derby.

In this article, we’ll familiarize you with the incredible national parks that are within a day’s drive of downtown Lexington.

There are 6 national park sites for you to see on your next visit to the Blue Grass State.

Now let’s go ahead with 6 reasons why you’ll want to hop in your car and make a day’s drive from Lexington to one of these truly amazing places.

In 2021, C-SPAN asked a group of distinguished presidential historians to rank our nation’s presidents from worst to best. At the top of their list, with a total score of 897 points, was Abraham Lincoln. George Washington and Franklin Roosevelt came in second and third respectively.

Why is Abraham Lincoln ranked as the greatest president of all time? Simply put, he saved the Union. In the process of saving the nation, Lincoln managed to define the creation of a more perfect Union in terms of liberty and economic equality that rallied the citizenry behind him.

As the National Park Service notes, “His early life on Kentucky’s frontier shaped his character and prepared him to lead the nation through Civil War.  The country’s first memorial to Lincoln, built with donations from young and old, enshrines the symbolic birthplace cabin.”

At the Abraham Lincoln Birthplace National Historical Park, there are two farm areas where visitors can see how Lincoln lived as a child in Kentucky.

At the birthplace site, visitors can view an early 19th century Kentucky cabin, which symbolizes the one in which Lincoln was born. The cabin is enshrined inside the memorial building at the site of his birth.

Visitors can also tour Knob Creek Farm, where Lincoln lived with his family from the ages of 2 through 8. This site includes a historic tavern and log cabin. There are also hiking trails and picnic areas.

The Big South Fork National River & Recreation Area is an outdoor enthusiast’s paradise. As a matter of fact, it’s one of Kentucky’s most popular outdoor playgrounds. You can go bird-watching, hiking, stargazing, whitewater rafting and much more.

One of the most popular activities is horseback riding. Visitors can enjoy more than 180 miles of riding trails. There are even campsites which accommodate horses.

There’s So Many Things To See And Do

If you like to see magnificent sites then I recommend the East Rim Overlook in the southeastern area. From there you will get a spectacular view of the river merging into the Cumberland Plateau.

If hiking is what you love to do then be sure to look out for the natural sandstone arches that formed along the edges of the gorge. You can find them on the western side of the park.

If you love history then check out the Blue Heron Mining Community. It’s a coal mining town which was once owned by the Stearns Coal and Lumber Co. You can ride the Big South Fork Scenic Railway to get there. It’s an incredibly scenic trip.

Distance From Lexington: 30 minutes via Nicholasville Rd. & US-27 S.

After the Union fiasco at Fredericksburg, General Ambrose Burnside was reassigned to the newly created Department of the Ohio.

In April of 1863, Burnside asked a search committee to identify a location that would allow the Department of the Ohio to consolidate troops and supplies in central Kentucky.

This led to the creation of Camp Nelson. It was established as a supply depot and hospital during the Civil War for the U.S. Army. Camp Nelson became a large recruitment and training center for African American soldiers (USCTs).

Camps, such as Camp Nelson, served as a beacon of freedom for the oppressed. They offered protection to formerly enslaved people in Confederate states under Union control.

The federal government established what it called a “Home for Colored Refugees” at Camp Nelson. It initially included a communal mess hall, a school, barracks for single women and the sick, and duplex family cottages.

Things To Do & See At Camp Nelson

There are museum exhibits and a short film. The visitor center provides an orientation to the historic events that unfolded at Camp Nelson.

Objects on display provide a window into the role Camp Nelson played during its height as a military installation, supply depot, hospital, recruitment center, and refugee camp.

While there, visitors can also see the Oliver Perry “White” House. It’s an original home built in the mid-1850s that was used as Officer Quarters while the property was part of Camp Nelson (1863-1866).

There’s also a reconstructed barracks depicting camp life for the thousands of Federal soldiers stationed at Camp Nelson. It includes a meeting space and small library and is open to the public for guided tours on a limited basis.

While you’re there, you should also visit the Hall Community. It symbolizes the efforts to assist African American refugees as they struggled to begin a new life. There is a small church there which was built in 1912. The church was named in honor of John Fee who dedicated his life to creating educational opportunities for African Americans.

The Battle of Fort Donelson, which took place from February 11-16, 1862, was one of the Union’s first major victories. Following his victory at Fort Henry on the Tennessee River, Union General Ulysses S. Grant marched his troops to Fort Donelson.

The unflappable Grant reorganized his men, occupied the outer defenses of the fort and applied pressure which led many Confederate soldiers to flee. When Confederate General Simon Buckner asked Grant his terms for surrender, he gave an historic reply:

“No terms except an unconditional and immediate surrender can be accepted.” Grant’s response earned him the nickname “Unconditional Surrender Grant.” The victories at Forts Henry and Donelson helped make Grant a hero in the Union.

Things To See & Do At Fort Donelson

Located along the beautiful banks of the Cumberland River, the Fort Donelson National Battlefield is a wonderful place to visit.

You can drive the actual battlefield grounds. First, however, I would recommend a trip to the visitor center. There’s a great park film that helps you understand the battle and why Fort Donelson was so important for the Union forces.

The park has a 6-mile trail with 11 stops.  It’s a self-guided driving tour that takes you through battlefield sites, the spot where Union soldiers camped for the night before the surrender, and into the small town of Dover.

There you can see the historic Dover Hotel. It’s the site where Ulysses S. Grant accepted the Confederate surrender of the Fort from his old friend Simon B. Buckner.

If you like to explore caves then you’ll love Mammoth Cave National Park. This national park stretches almost 53,000 acres in the rolling hills of southcentral Kentucky.

It includes river valleys, forests, historic churches and cemeteries, sinkholes and the world’s longest cave system. There is an incredible variety of activities for visitors throughout the park year-round. Cave tours are available.

Mammoth Is More Than Just Caves

If you enjoy hiking or biking then you’re in luck when visiting this Kentucky national park. A portion of the path of the former Mammoth Cave Railroad has been converted into a 9-mile hike and bike trail.

This trail can be accessed from Park City, Kentucky, at several points along Mammoth Cave Parkway, and also at the park’s visitor center area. Along the trail, you can stop at historic sites, interpretive waysides, and scenic overlooks.

The Big Hollow Trail Loop Trails and Connector Trail offer over 10 miles of single track mountain bike trail that winds through dense woodlands and rocky outcroppings. The trail can be accessed from the trailhead within Maple Springs Campground.

The Battle of Mill Springs was a Union victory early in the Civil War. The battle took place on January 19, 1862. Confederate General Felix K. Zollicoffer was killed when he mistakenly approached a Union officer thinking it was one of his own men.

The death of the their commander coupled with intense Union volleys of gunfire quickly demoralized the Confederate forces. They subsequently retreated into Tennessee.

The Union victory led to the total collapse of the eastern sector of the Confederate defensive line established to defend the Upper South. This, in turn, helped to solidify the Union’s control of what was a pivotal border state in the conflict.

Things To Do At Mill Spring

There’s a wonderful Mill Springs Visitor Center which features a 20-minute film about the Battle of Mill Springs. Visitors will find a museum with many fascinating exhibits which provide a greater understanding of the battle’s combatants and its impact on the war.

Regarding the battlefield itself, much of the battlefield can be seen from public roadways. The Mill Springs Battlefield Association developed a 10-stop Driving Tour, which begins at the Visitor Center.

If you’re looking to stretch your legs then I recommend Zollicoffer Park. The park is named for the Confederate general who died there.

You may also want to tour the Brown-Lanier House. It’s an antebellum home built before the Civil War. The home housed the families that operated the nearby grist mill.

Map Of National Parks Near Lexington

We hope you’ll follow our journey through the parks and help us to keep them the incredible places that they are.If you’re interested in joining the adventure then please sign up below! 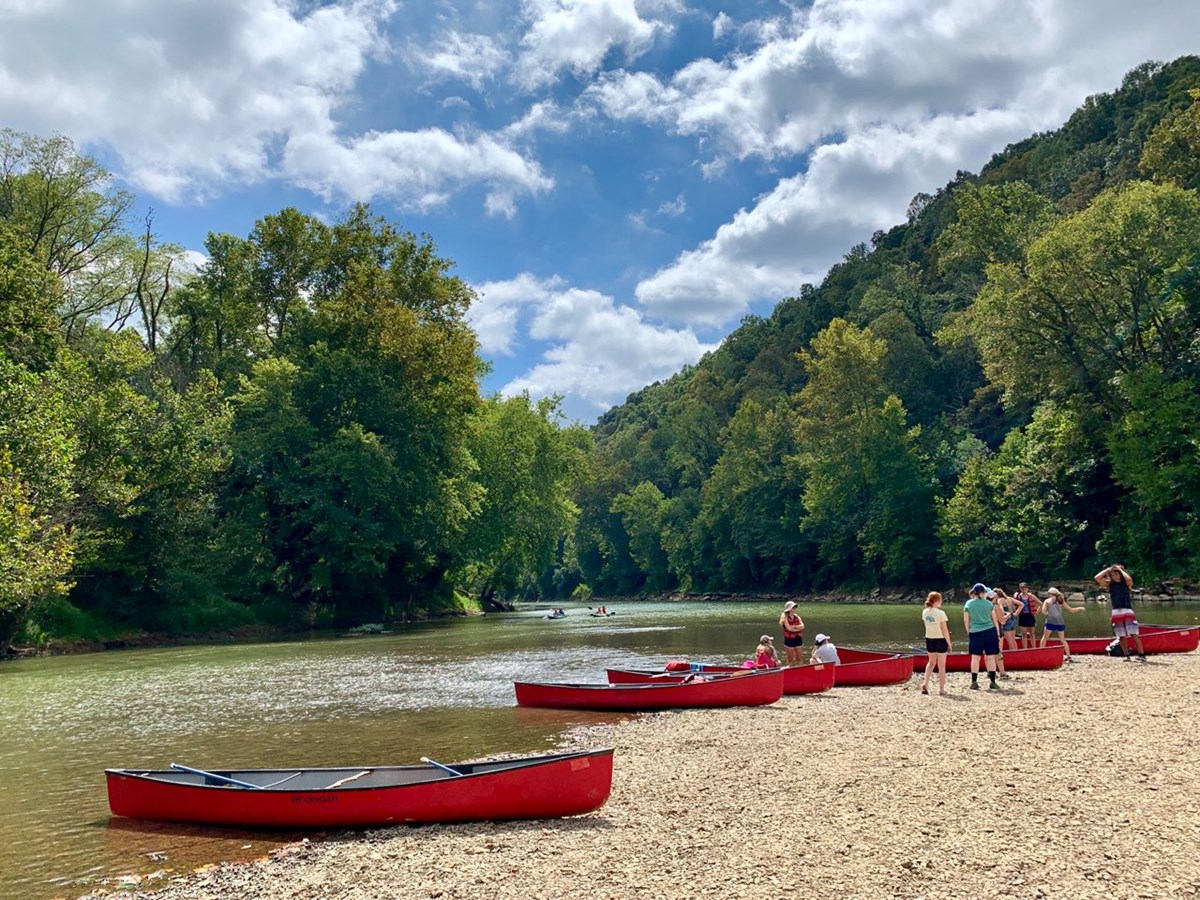 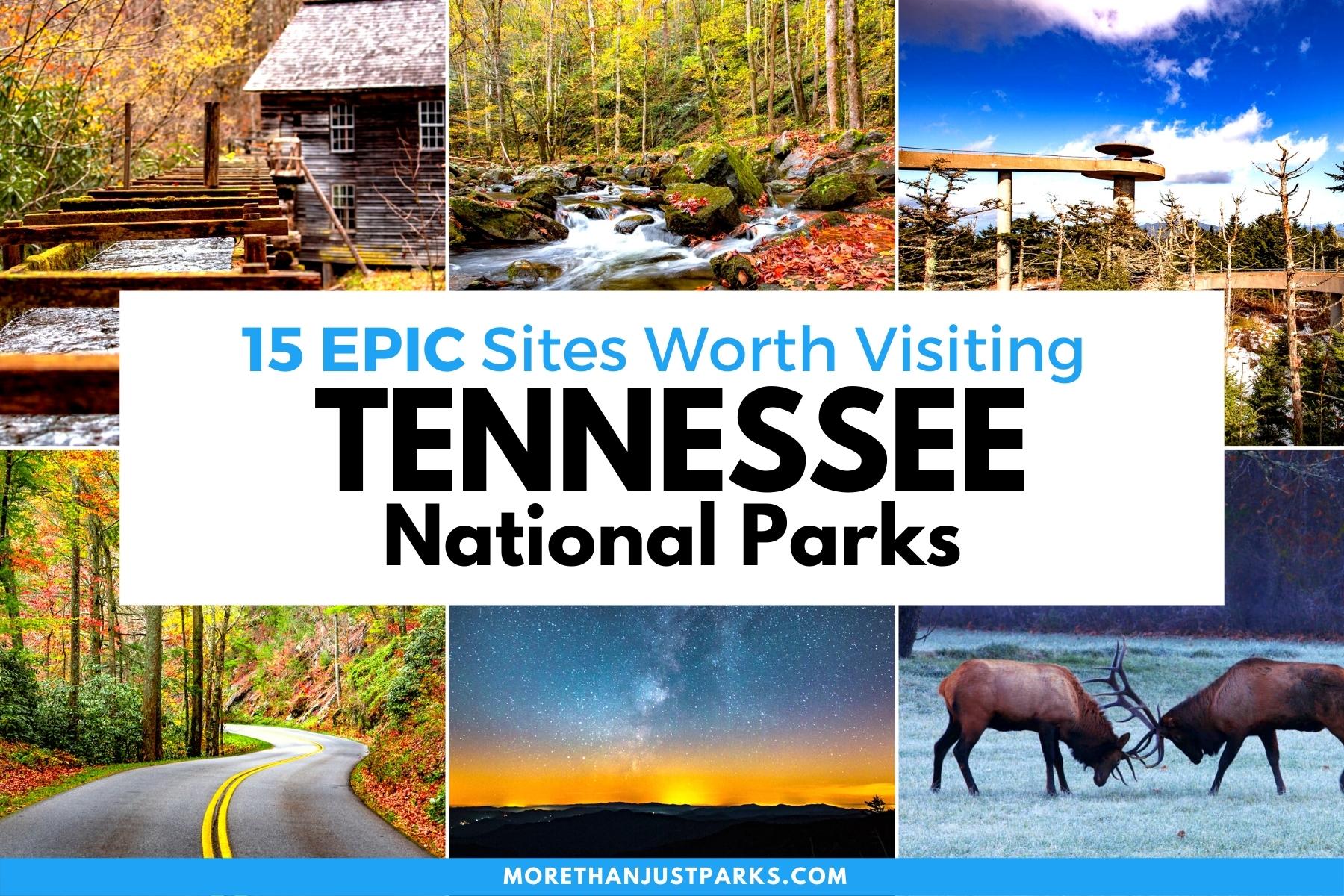 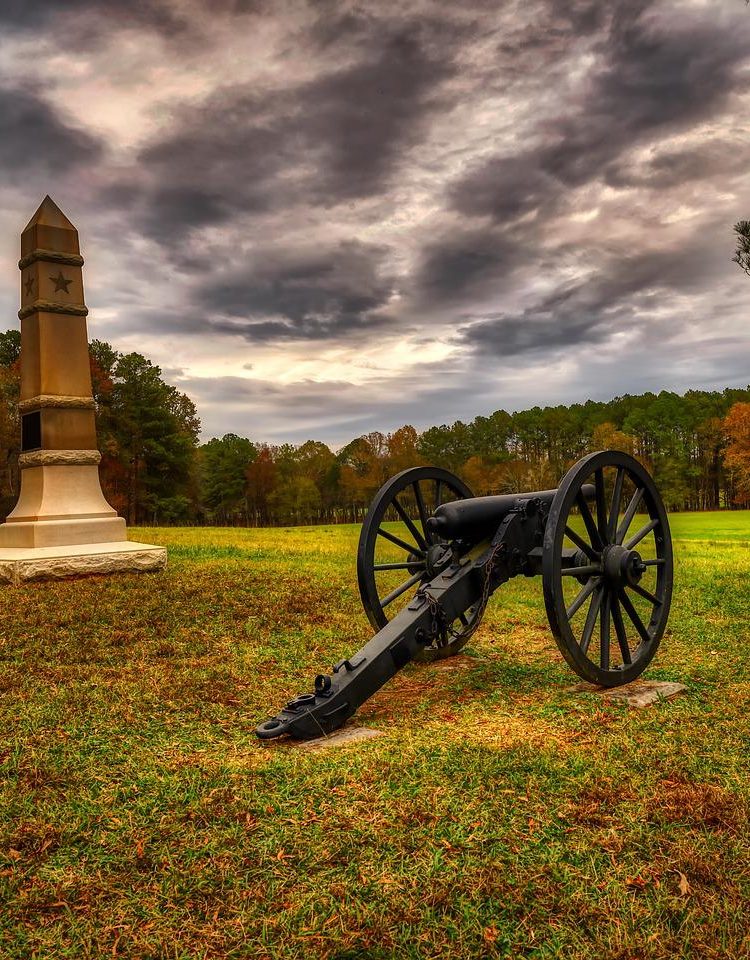 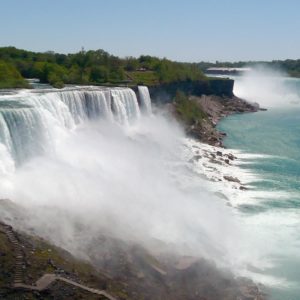