National Parks near Asheville. There’s so much more to Asheville than the historic Biltmore Estate.

In this article, we’ll familiarize you with the incredible national parks that are within a day’s drive of downtown Asheville.

There are 10 national park sites for you to see on your next visit to the Tar Heel State.

Now let’s go ahead with 10 reasons why you’ll want to hop in your car and make a day’s drive from Asheville to one of these truly amazing places.

Distance From Asheville: The Appalachian Trail can be accessed at many locations within 45 min to 2 hours of Asheville

Need a good stretch of the legs? Check out the longest hiking trail in the world. The Appalachian National Scenic Trail is a marked hiking trail that runs from Springer Mountain in Georgia to Mount Katahdin in Maine. Just how long a hike is that? Approximately 2,200 miles. You don’t have to do it all however.

Believe it or not the Blue Ridge Parkway is the most visited single unit in the U.S. National Parks System. While you can drive through it in only 10-12 hours, if you want to see and do all of the wonderful things available along the way then be prepared to set aside five to seven days.

The Blue Ridge Parkway Visitor Center near the beautiful city of Asheville is a great place to gather information about all of the things there are to see and do. Now that having been said, I’m going to give you some recommendations based on a few of my favorites.

Cumberland Knob is a great place to begin. It’s where construction began on this magnificent parkway. If you love to hike or just went to soak up some beautiful nature, there are find 1,000 acres of recreation, including the easy Cumberland Knob Trail.

If it’s music you love there are special events and concerts along the parkway. They include Humpback Rocks (Milepost 5.8), Roanoke Mountain Picnic Area (Milepost 120.4), and Mabry Mill (Milepost 176).

The Blue Ridge Music Center at milepost 213 highlights the musicians of the Blue Ridge. It’s a great place to visit while soaking up some wonderful tunes. It includes an outdoor amphitheater, an indoor interpretive center/theater, and “The Roots of American Music,” a free interactive exhibition highlighting the historical significance of the region’s music. (Source: NPS)

It’s a long day’s drive from Asheville, but if you love the seashore then it’s definitely a trip worth making. Why? Because there’s nearly 70 miles of beautiful beach. You can enjoy an ocean swim during the day and a warm beach fire at night. There’s opportunities to fly kites, enjoy a picnic along the seashore, search for sea shells washed ashore, build castles in the sand or just relax.

There are three designated hiking trails which include:

Distance From Asheville: Approximately eight hours (428 miles) via I-40 E.

This one’s a long day’s drive, too, but once again it’s well worth it if you love that feeling of the sand between your toes, cool ocean breezes on your face and the sound of the surf in your ears.

There are some wonderful things to do while at Cape Lookout. They include:

Distance From Asheville: Forty-two minutes (31 miles) via I-26 E.

Most authors can only dream of winning a coveted Pulitzer Prize in literature. Carl Sandburg won three Pulitzer Prizes: two for his poetry and one for his biography of Abraham Lincoln.

During his lifetime, Sandburg was widely regarded as “a major figure in contemporary literature”, especially for volumes of his collected verse, including Chicago Poems (1916), Cornhuskers (1918), and Smoke and Steel (1920).

The park is located on 264 acres in western North Carolina. Visitors can tour the Sandburg Home They can also hike on over 5 miles of trails.  While there, you can visit the farm and dairy goats, and much more. The average visitor spends two hours at “Connemara.”

And the best news of all is that it’s free to enter the park, access the bookstore and information in the ground floor of the Sandburg Home, walk the trails and visit the barn. If you’re planning on touring the house there is a fee for that.

Distance From Asheville: 5 entrances to the Great Smoky Mountains National Park are within 70 miles from downtown Asheville.

My Favorite Resources: Map / Guidebook / MTJP Guide / Things to Do / Where to Stay

The Great Smoky Mountains National Park is the is the most visited national park in the country and a true monument to the beauty of the Appalachians. This is the best of the national parks near Asheville.

Established in the depths of the Great Depression by generous local communities, wealthy philanthropists like John D. Rockefeller Jr., and the U.S. government, this pristine area was spared from further logging and development and is now a premiere outdoor destination belonging to all Americans.

If you’re wondering how crowded the park is considering it’s the most visited national park in the country – you might be surprised by the answer. While it certainly depends on where you go in the park and what time of year you visit, Great Smoky Mountains doesn’t see anywhere near the crowding that parks like Zion or Yosemite do these days.

The Battle of Guilford Courthouse was considered a victory within a defeat. It was on of the pivotal battles of the American Revolutionary War. It took place on March 15, 1781.

Afterward, Cornwallis abandoned his campaign for the Carolinas and instead took his army into Virginia, where in October of that year he surrendered to General George Washington (1732-99) following the Battle of Yorktown, the last major land battle of the war.

You can explore the inner trails of the battlefield and visualize the events of March 15, 1781 as you listen to the Park Ranger’s narration. The walking tour begins at the Hoskins Farm parking area. The entire walk is 1.75 miles. The tour last approximately 1.5 hours.

While you’re there you can visit the Hoskins Farmstead. It’s a late 18th and early 19th century farmstead, telling the story of Joseph and Hannah Hoskins, two colonists who fled the war during the Northern Campaign and settled in the Carolina backcountry planning for a peaceful life.

Distance From Asheville: Approximately five hours (328 miles) via I-40 E.

At Moores Creek, you can learn about history while getting into shape. There’s a one mile trail where you can enjoy a quiet walk through a 244-year-old battlefield. It doesn’t get any better than that!

If you’re thinking of hosting a special event of your own then the beautiful natural landscapes which are perfect venues for a variety of special activities.

Be advised that most special events and activities held in the park require a special use permit, issued only after the National Park Service (NPS) determines, from the applicant’s information, that the activities involved will not impair park values and resources. (Source: NPS)

The Overmountain Victory National Historic Trail traces the route that was used by the Patriots during the Kings Mountain Battle of 1780. The route is 330 miles and it goes through four states (Virginia, Tennessee, North and South Carolina).

You can explore this route by following a Commemorative Motor Route which uses existing state highways. It is marked with a distinctive trail logo and includes 87 miles of walkable pathways.

It’s a full day’s drive from Asheville, but definitely worth the trip especially if you love the history of aviation. Orville & Wilbur Wright, otherwise known as the Wright Brothers, ushered in the aerial age with their successful first flight of a heavier-than-flying machine at Kitty Hawk, North Carolina.

Together, these two aeronautical visionaries pioneered many of the basic tenets and techniques of modern aeronautical engineering, such as the use of a wind tunnel and flight testing as design tools.

Visitors can relive the epic adventures of two intrepid brothers from Ohio. Visitors can see the reconstructed hangar and living quarters offer a glimpse of what camp life was like for the Wrights in 1903.

Stand at the place where Wilbur and Orville Wright first took to the air in their 1903 flyer and landed. You can climb Big Kill Devil Hill to see the nation’s monument commemorating the brothers’ historic achievement.

Map Of National Parks Near Asheville 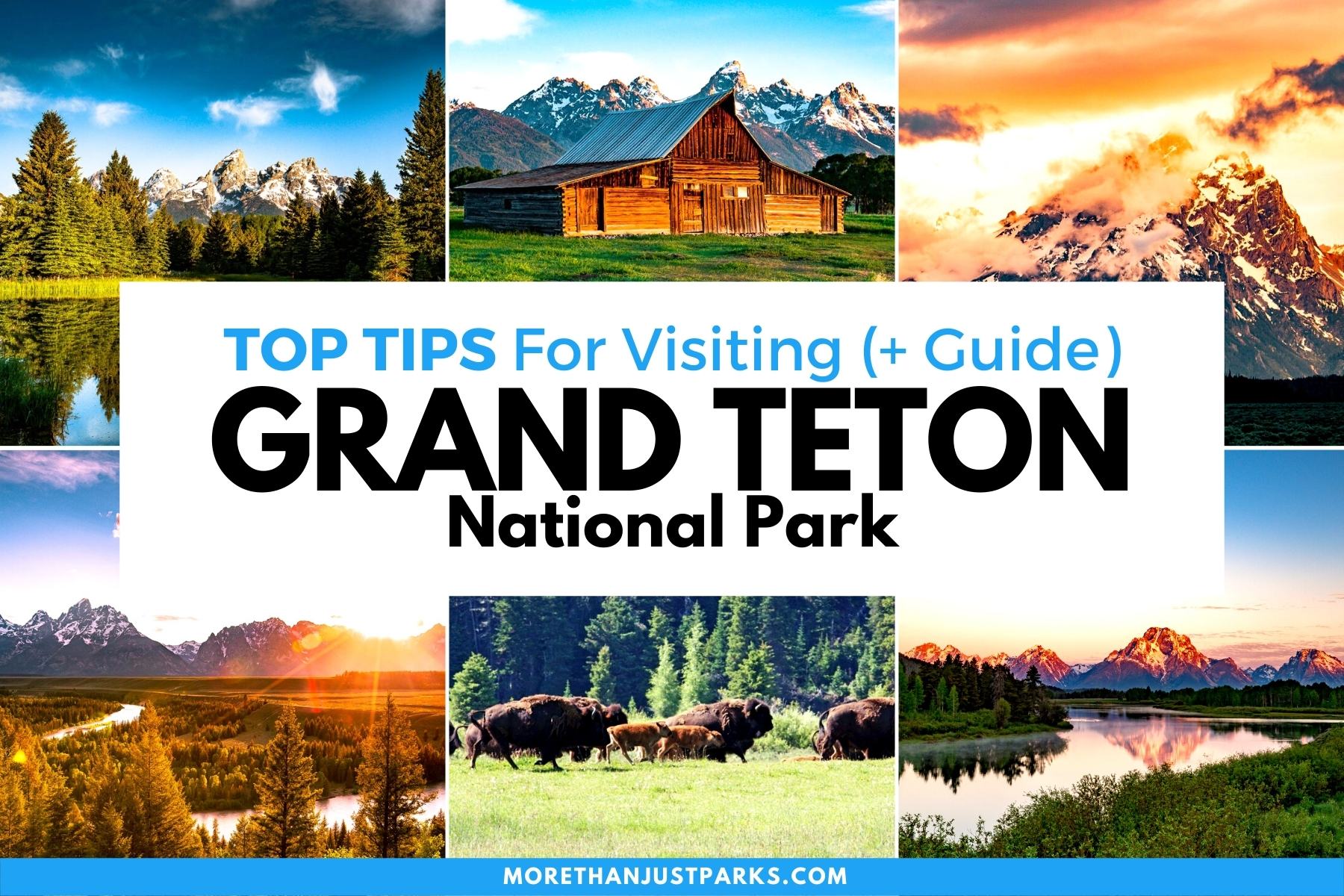 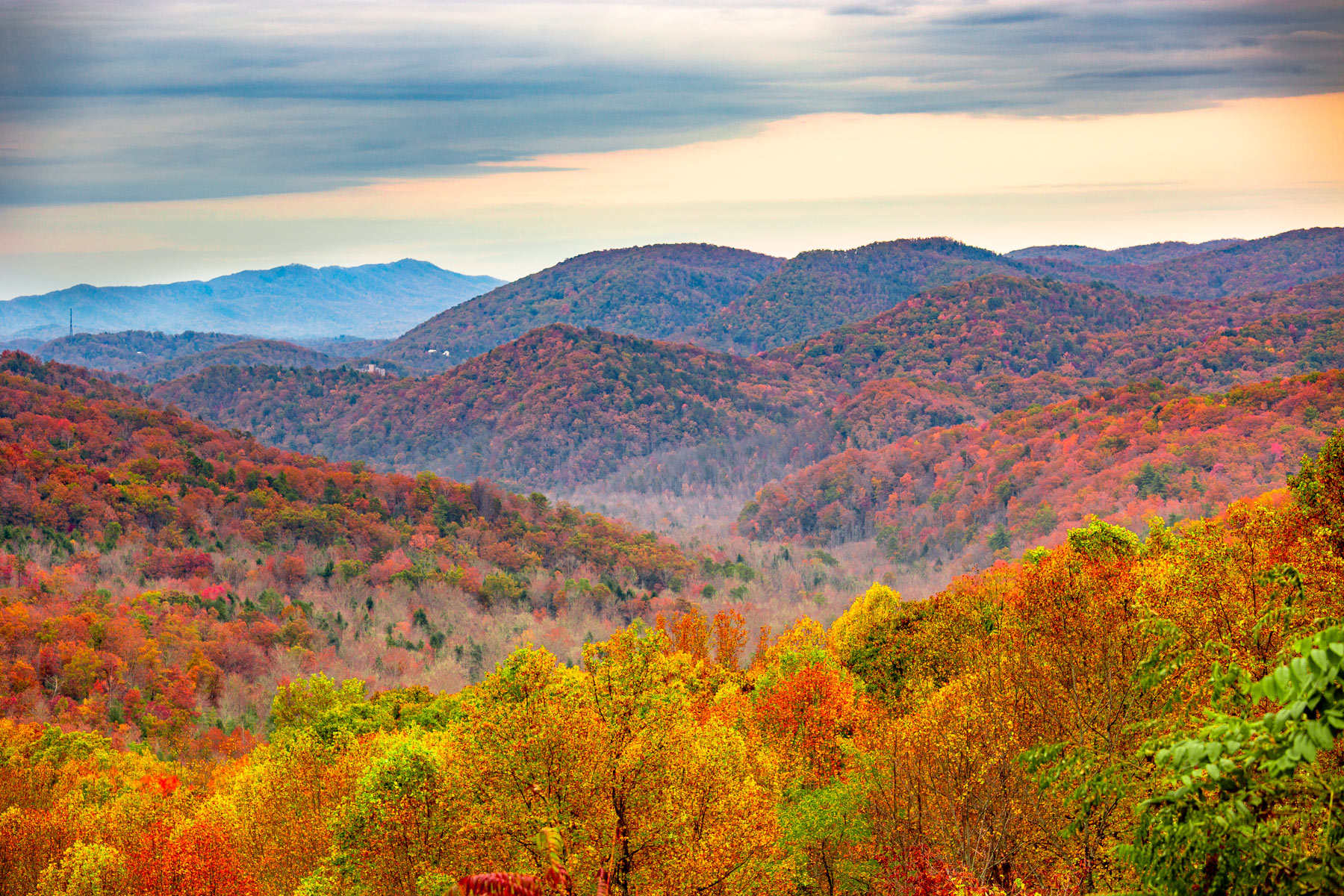 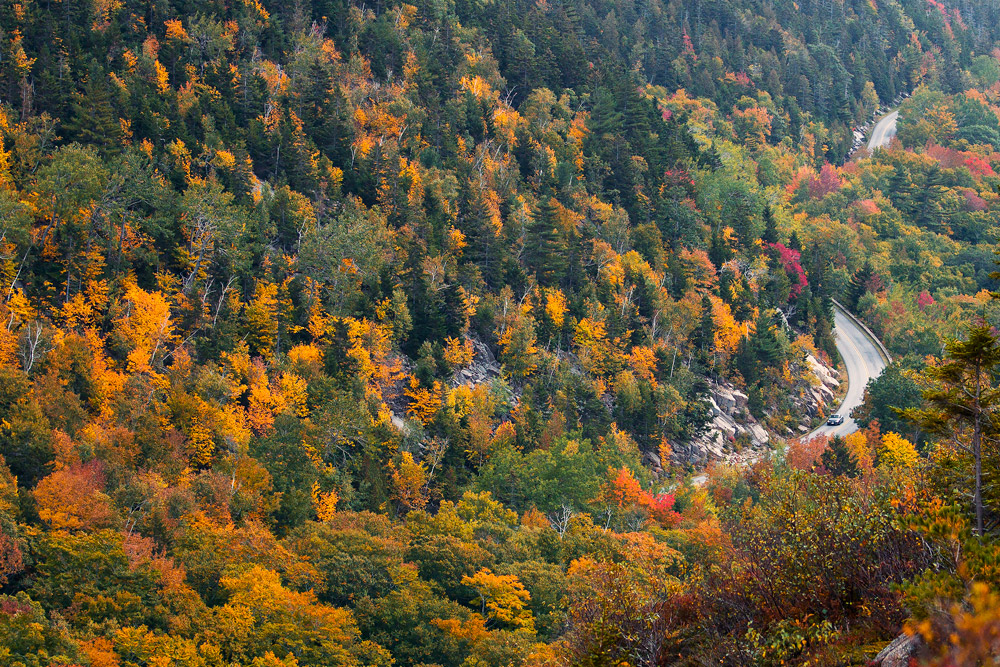 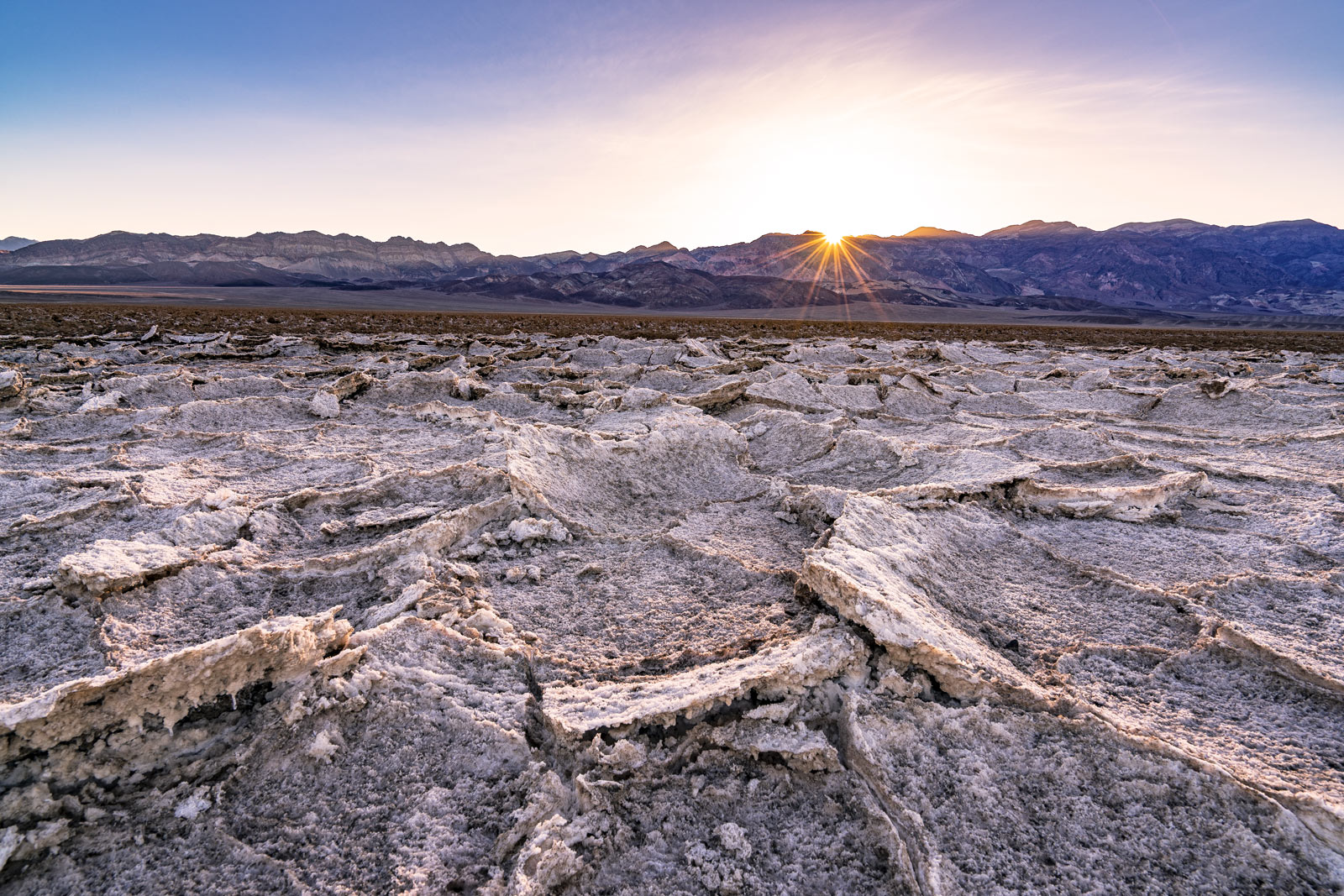