National Parks Near Pittsburgh. There’s more to this incredible place than Pirates and Steelers and Penguins. Oh My!

In this article, I’ll familiarize you with the incredible national parks that are within a day’s drive of downtown Pittsburgh.

Now let’s go ahead with 7 reasons why you’ll want to hop in your car and make a day’s drive from Pittsburgh to one of these truly amazing places.

Why Trust Us About National Parks Near Pittsburgh?

Distance From Pittsburgh: One hour & 36 minutes via US-22 E.

Since history remains my passion I relish the opportunity to bring some amazing historical places to life through the articles which I am privileged to research and write.

One such place is the Allegheny Portage Railroad. It was the finishing piece of the Pennsylvania Main Line Canal.

“The Portage” opened in 1834, marking the first time that there was one, direct route between Philadelphia and Pittsburgh.

All things to all people, it served merchants, passengers, slaves in pursuit of freedom, and soldiers from the Mexican War.

Things To Do At The Portage

I always recommend that first-timers begin their adventure at the visitor center.

The Summit Level Visitor Center includes various exhibit areas and models including a life- size replica of a canal boat and the locomotive Lafayette, and artifacts from the Portage Railroad.

There are also hands on and interactive exhibits that will interest young and old alike.

There are other exhibits on the park grounds and in the Engine House No. 6 Exhibit Shelter, the Lemon House, and along several park trails.

There’s also a wonderful 20-minute film which features a fictional character, Edgar West, who explains life on the canals then speaks of a change of occupation to Portage Railroad worker.

I always love a good bookstore and you’ll find one there.

The park’s non-profit Eastern National run bookstore carries unusual and hard to find books and souvenirs from the canal and early railroading era.

There’s also biking and hiking which allows visitors to experience over 15 miles of trails in different sections of the park.

It’s a drive from Pittsburgh so you may want to pack a lunch, but it’s well worth the trip.

If you’re looking to get away from it all then Delaware Water Gap National Recreation Area may be an ideal park for you.

Outdoor adventures include biking, fishing, and hiking. There are indoor adventures, too, which include fine dining, shopping and the oldest jazz club in the country.

This National Recreation Area offers the public over 150 miles of hiking trails of every ability level to give you options to get out in the woods for a little while.

Or, if you prefer the water, then check out the many canoe and kayak rentals which are offered there.

Distance From Pittsburgh: Three hours & 30 minutes via I-76.

As the Commanding General of the victorious Allied Powers in World War Two, Dwight D. Eisenhower led the largest amphibious assault in history which is credited with helping to defeat Adolf Hitler’s Third Reich.

As President of the United States, he signed the Civil Rights Act of 1957 and sent Army troops to enforce federal court orders which integrated schools in Little Rock, Arkansas.

His largest program was the Interstate Highway System. He promoted the establishment of strong science education via the National Defense Education Act.

The grounds of the Eisenhower National Historic Site are open for self-guided tours. Visitors can enjoy the same landscape and scenic views which led Dwight and Mamie Eisenhower to purchase their Gettysburg farm.

You can tour the farm and surrounding area.

Distance From Pittsburgh: One hour & 24 minutes via I-76.

On Tuesday morning, September 11, 2001, the U.S. came under attack when four commercial airliners were hijacked and used to strike targets on the ground. Nearly 3,000 people tragically lost their lives.

Because of the actions of the 40 passengers and crew aboard one of the planes, Flight 93, the attack on the U.S. Capitol was thwarted.

At the Flight 93 National Memorial you can learn the incredible and tragic story of this flight. There are three designated walking trails within the memorial for visitors to explore.

While you’re there, I recommend visiting The Tower of Voices. It serves as both a visual and audible reminder of the heroism of the forty passengers and crew of United Flight 93. It’s an incredibly moving experience.

Distance From Pittsburgh: Three hours & 22 minutes via I-76.

The Battle of Gettysburg is arguably the most important battle fought during the American Civil War.

Coupled with the Union’s simultaneous victory at Vicksburg, it would prove to be the turning point of this tumultuous conflict.

The battle was part of Robert E. Lee’s plan to invade the North and win European recognition for the Confederate States of America.

Had the plan succeeded to its greatest extent, Lee’s Army of Northern Virginia might have surrounded, or even conquered, the nation’s capital.

The federal government could have been disabled, and high government officials, including even President Abraham Lincoln might have been captured.

The collision of two great armies at Gettysburg put an end to Lee’s audacious plan.

After three days of intense fighting, he was forced to withdraw and lead his badly battered army back through western Maryland and into Virginia.

Things To Do At Gettysburg

I would recommend beginning your tour at the Gettysburg National Military Park Museum & Visitor Center. Here you will learn how to visit the park and what to see around Gettysburg.

There is so much to see and do including the following:

Distance From Pittsburgh: One hour & 33 minutes via US-22 E.

The Johnstown Flood occurred on Friday, May 31, 1889, after the catastrophic failure of the South Fork Dam, located on the south fork of the Little Conemaugh River, 14 miles upstream of the town of Johnstown, Pennsylvania.

To the residents of Johnstown and many people across the nation, blame lay clearly with Andrew Carnegie, Henry Clay Frick and the other wealthy and prominent Pittsburgh businessmen who as members of the South Fork Fishing and Hunting Club owned the dam, and thus were responsible for its collapse.

This catastrophic flood was responsible for over 2,000 deaths.

At the Lake View Visitor Center visitors can tour two floors of exhibits and see a film which examines this historic flood and its aftermath.

In addition to the visitor’s center, you can also see the Unger House, home of Colonel Elias J. Unger who was the second and last president of the South Fork Fishing and Hunting Club; as well as the Springhouse.

Distance From Pittsburgh: Four hours & 28 minutes via I-76.

On December 19th, 1777, 12,000 soldiers and 400 women and children marched into Valley Forge and began to build what essentially became the fourth largest city in the colonies at the time, with 1,500 log huts and two miles of fortifications.

It was where the American Continental Army made camp during the winter of 1777-1778. It was here that the American forces became a true fighting unit. Valley Forge is often called the birthplace of the American Army.

I recommend beginning your adventure at the Valley Forge Visitor Center. There’s a wonderful museum exhibit where you’ll learn about how men, women, and children from many different walks of life all struggled together during the winter of 1777-78, and how they ultimately overcame so many hardships in order to march away from Valley Forge a stronger, more unified fighting force.

You can also tour the Encampment Route. It’s a 10-mile driving loop comprised of 9 major tour stops plus additional opportunities to stop and explore Valley Forge.

The route features some of the most scenic views of the park as well as many of the historic sites and monuments.

Map Of National Parks Near Pittsburgh 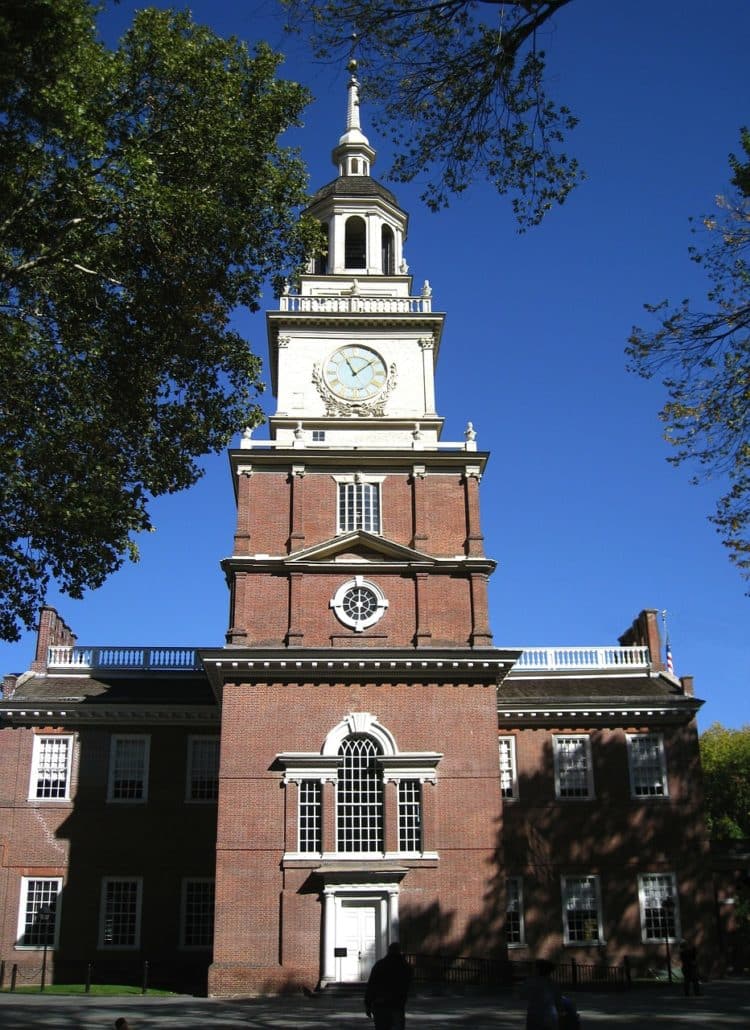 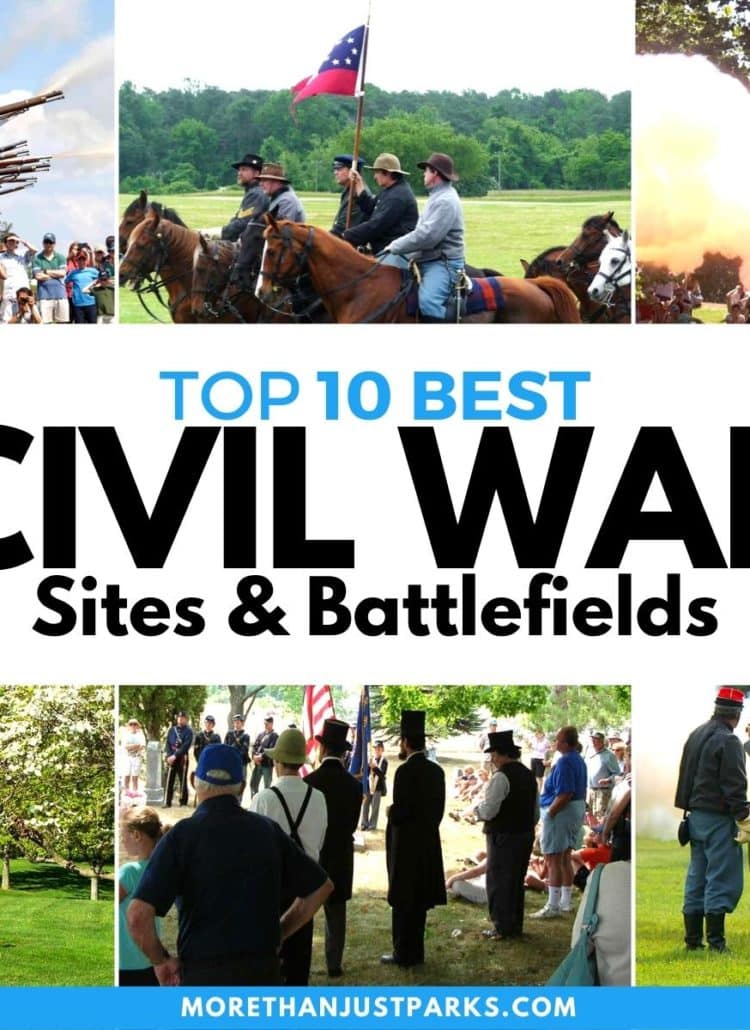 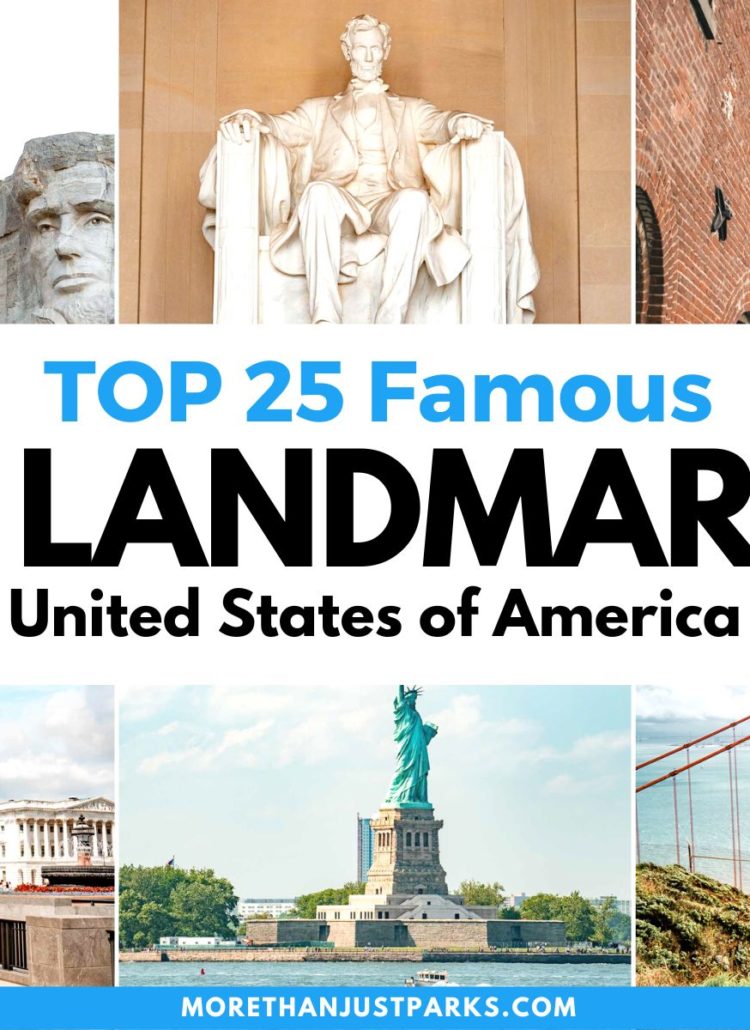 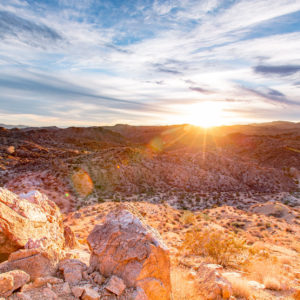