National Parks near Boston. There’s so much more to this beautiful state than Beantown. In this article, we’ll familiarize you with the incredible national park sites that are within a five hour drive (or less) of Boston.

There are 10 national park sites for you to see on your next visit to the Bay State.

Now let’s go ahead with 10 reasons why you’ll want to make a drive of five hours (or less) from Boston to one of these amazing places.

Our Favorite Resources: Guide / Map / Guidebook / Where to Stay

Once a summer retreat for America’s elite, the area making up Acadia National Park was given back to the people by conservation-minded locals led by George Dorr. Now you can visit this coastal paradise and marvel at it’s expansive beauty.

Acadia is a special park and a must for anyone who loves wild coastline. Maine’s wild coast is unlike any other in the U.S., speaking as someone who’s been to the shores of Olympic National Park, Acadia takes the cake for pure coastal beauty.

On top of it’s famous rocky coast, Acadia is home to beautiful forests of maples, aspen, and pine that truly come alive in the fall – making the park a world class autumn destination.

RELATED: 6 (EPIC) Maine National Parks For Your Next Visit To The Pine Tree State

As a retired history teacher I like nothing better than to pack up my car and head off in search of America’s past. And nowhere does history play a more prominent role than in the state which became the center of activity leading up to the American Revolution.

When it comes to American history, no family has played a more prominent role over four generations than the Adams Family. Adams National Historical Park tells the story of these four generations of Adams (from 1720 to 1927).

The park has two main sites: the Birthplaces of the 2nd U.S. President John Adams and the 6th U.S. President John Quincy Adams, and Peacefield including the “Old House,” home to four generations of the Adams family, and the Stone Library which contains more than 14,000 historic volumes.

If you haven’t visited before then I recommend beginning your adventure at the Visitor Center. There’s a wonderful bookstore at the center. You can also see the 26-minute park orientation film, “Enduring Legacy: Four Generations of the Adams Family.”

You can also explore the United First Parish Church, 1306 Hancock St. across the street from the Visitor Center. Tours include the history and architecture of the building and the Adams Family crypt; the final resting place of Presidents John Adams and John Quincy Adams, and First Ladies Abigail and Louisa Catherine Adams.

Boston was considered the Cradle of Liberty and the heartbeat of the American Revolution. It’s one city that’s chock full of fascinating places to go and exciting things to see beginning with the Freedom Trail.

The Freedom Trail is an iconic symbol of Boston. Its red brick line snakes through some of the oldest parts of the City, navigating visitors to some of the most significant historic sites in the Downtown, North End, and Charlestown neighborhoods of Boston.

The struggle against racial injustice has been a long one. The African American community of 19th century Boston led the both the city and the nation in this fight against slavery and racial injustice.

These remarkable men and women, together with their allies, were leaders in the Abolition Movement, the Underground Railroad, the Civil War, and the early struggle for equal rights and education.

This national historic site celebrates their bravery and heroism. This story features the Black Freedom Trail which is an approximately 1.5 mile long trail linking sites that explore the trials of the free black community which inhabited the North Slope of Beacon Hill from the late 18th century through the 19th century.

I recommend visiting the Museum of African American History. It’s located in the former Abiel Smith School. Visitors come away with a better understanding of and appreciation for the struggles and sacrifices made by African Americans to bring about a more perfect union.

With 34 islands and peninsulas, Boston Harbor Islands National and State Park offers experiences for all to enjoy.

At Georges Island, you’ll have the opportunity to step back in time by visiting Fort Warren, a Civil-War era fort and National Historic Landmark.

At Spectacle Island, you can walk the drumlins and enjoy spectacular views of the city and other islands from the highest point in the harbor.

There’s so much to see and do. History is there if you want it. There are historic lighthouses and other landmarks of a time gone by.

Of course, if you’re like most people than the beach is calling you. Or should I say the beaches? There are six beautiful beaches to choose from–Coast Guard, Nauset Light, Marconi, Head of the Meadow, Race Point and Herring Cove.

Beach wheelchairs are available to borrow during the summer at Coast Guard and Herring Cove beaches, which are the two seashore beaches where parking is generally at beach level. The other beaches involve stairs (Marconi) or paths over dunes. (Source: NPS)

Distance From Boston: 20 minutes (6 miles) via the Riverway

As Justin Martin notes in his masterful biography titled, Genius Of Place, “Olmstead is best remembered as the pioneer of landscape architecture in the United States. He created New York City’s Central Park and a number of green spaces, often in collaboration with his sometime partner Calvert Vaux.”

Frederick Law Olmstead designed the grounds of scores of private estates, Stanford and assorted college campuses, several mental institutions, and a pair of cemeteries. For these achievements alone, he would have achieved a measure of lasting fame.

Olmstead, however, accomplished much more than this. He was a dedicated environmentalist who played an important role in the efforts to preserve Yosemite and Niagara Falls.

He also designed Boston’s Back Bay Fens as both a park and as America’s first wetlands restoration.

John F. Kennedy was the youngest man ever elected to the presidency and arguably the most charismatic. He proposed a voting-rights bill and federal programs to provide health care to the elderly and the poor.

Kennedy’s most important, and most famous, was his adept management of the Cuban Missile Crisis in 1962, widely considered the most perilous moment since World War II. His skillful handling of this crisis averted a nuclear conflict between the superpowers. In the end, a peaceful agreement was reached.

The John Fitzgerald Kennedy National Historic Site can be explored in person or online.  Visitors to the site can explore the birthplace of America’s 35th president.

In 1967, the president’s mother returned here, where Kennedy spent his boyhood, and restored the house to her recollection of its 1917 appearance.

The Industrial Revolution transformed economies that had been based on agriculture and handicrafts into economies based on large-scale industry, mechanized manufacturing, and the factory system. New machines, new power sources, and new ways of organizing work made existing industries more productive and efficient.

Ground Zero for this revolution in America were the water-powered textile mills at Lowell, Massachusetts. The Lowell National Historical Park Visitor Center is a great place to learn about all of this while visiting some fascinating historical sites.

At the Visitor Center you can explore the history of the Spindle City through various exhibits. From the early industrial city to the modern local community, the Visitor Center highlights the stories of the people who lived and worked in Lowell.

Author and writer Jack Kerouac was a citizen of Lowell and his story is featured there as well.

RELATED: 2 (EPIC) New Hampshire National Parks For Your Visit To The Granite State

The New England National Scenic Trail (NET) is a 215-mile hiking trail route that has been in existence for over half a century.  It extends from Long Island Sound across long ridges to scenic mountain summits in Connecticut and Massachusetts.

RELATED: 3 (EPIC) Vermont National Parks For Your Visit To The Green Mountain State 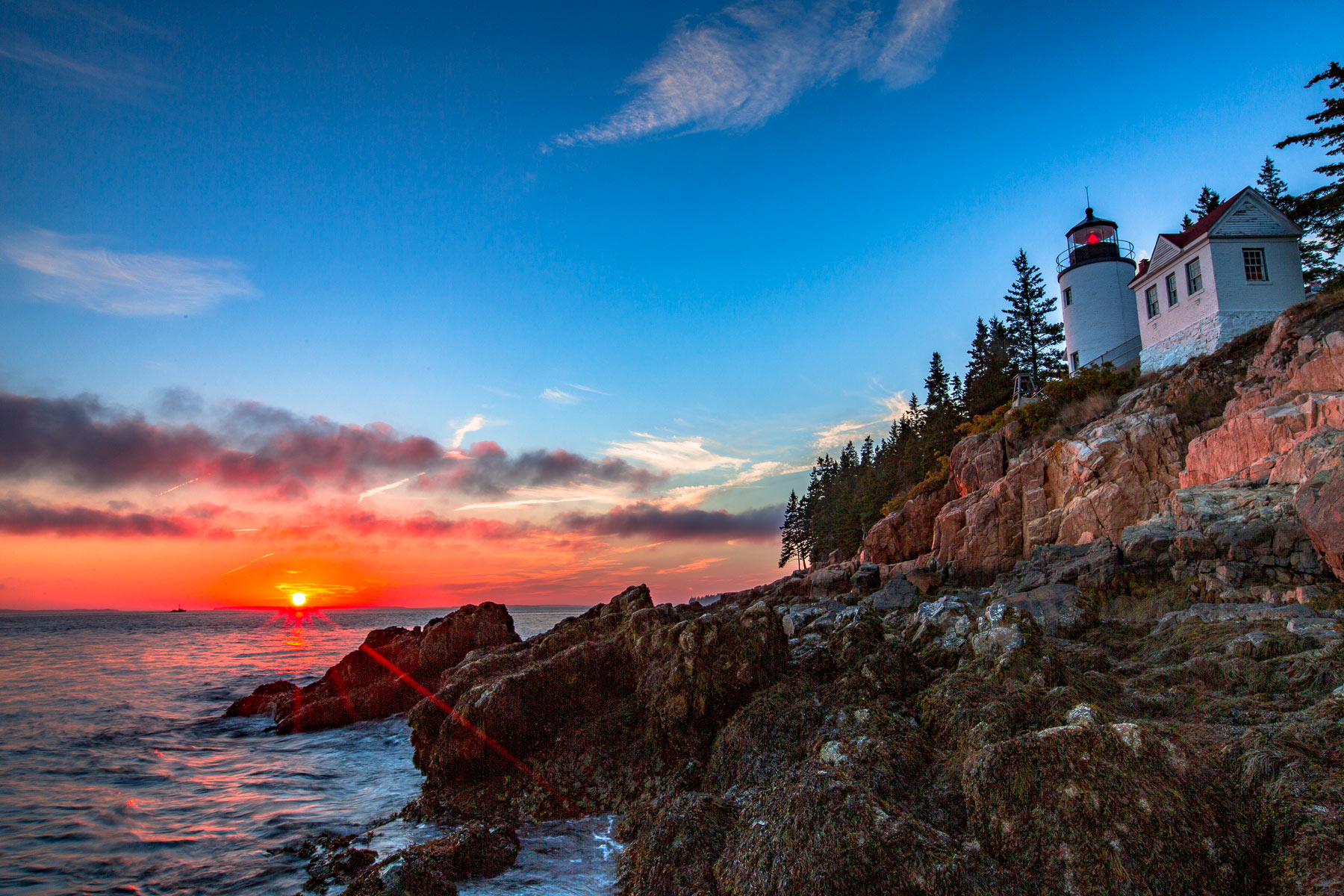 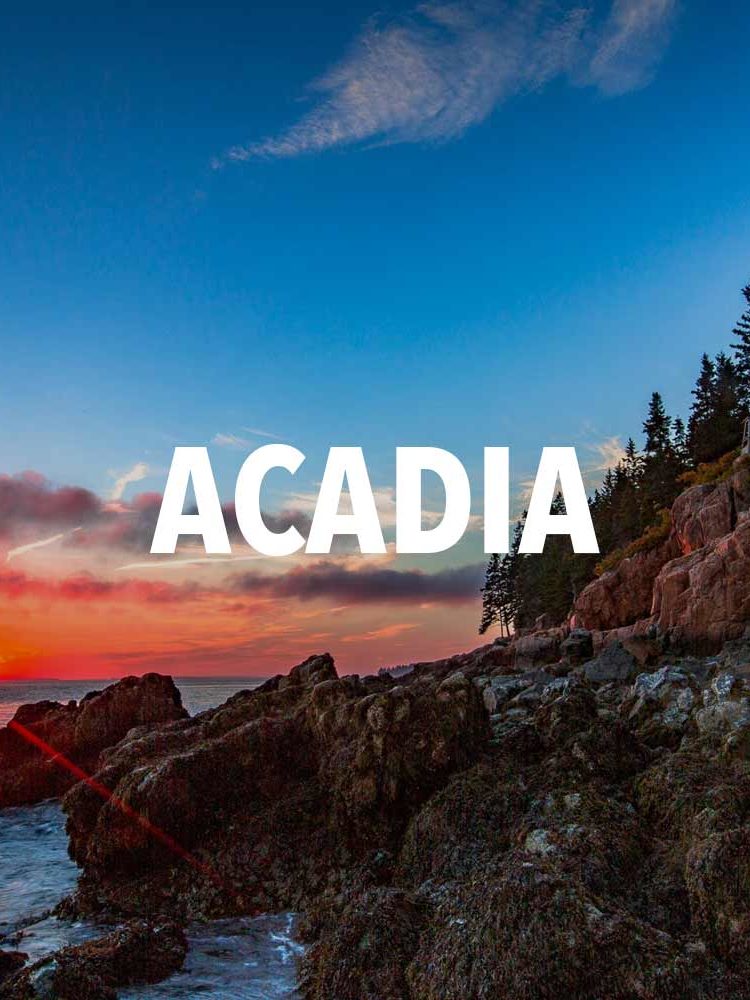 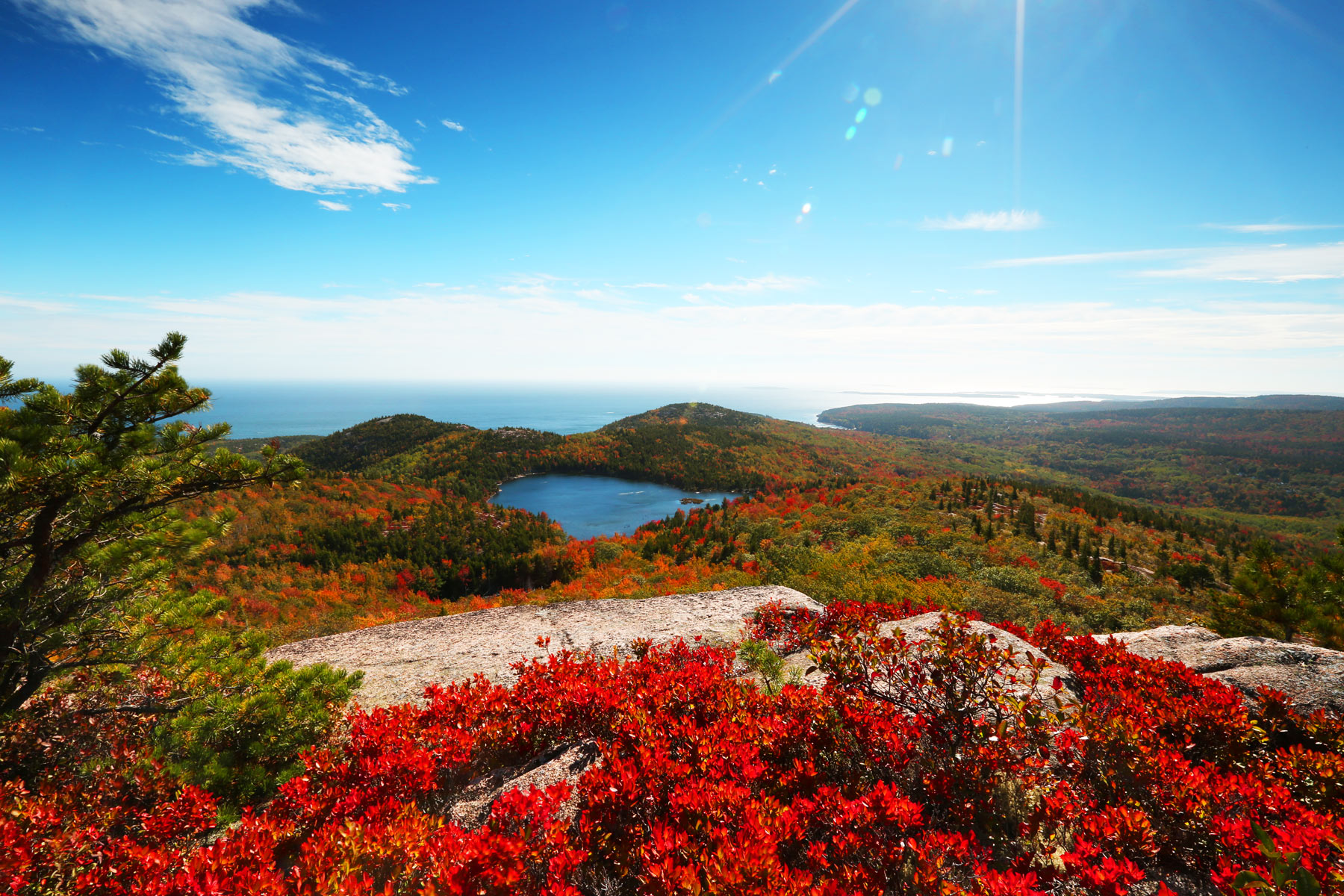 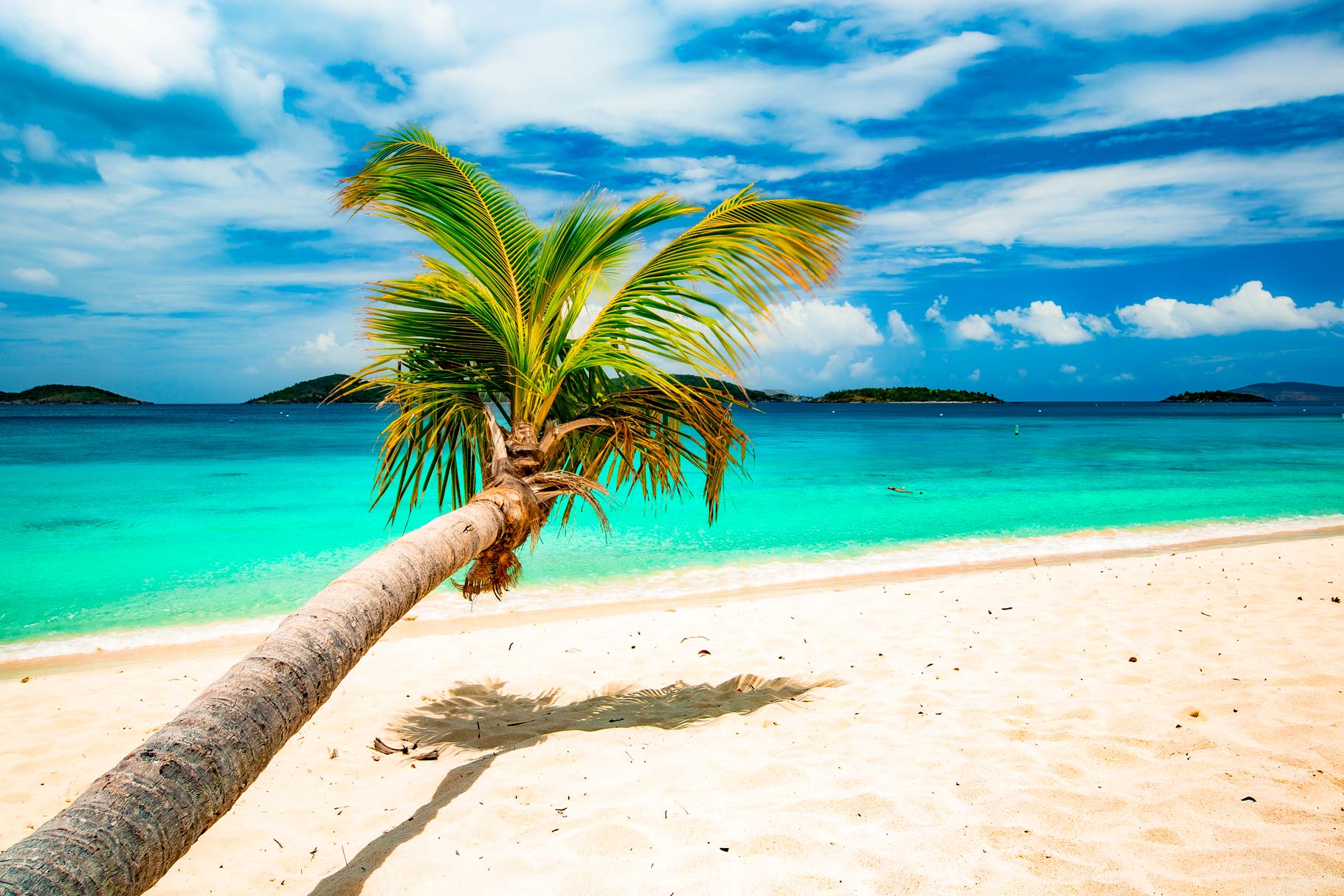