About My Travels to Washington’s National Parks

You should probably know that I didn’t just make this list up out of thin air. Spending the past 5 years living in Portland, Oregon I’ve made it my mission to spend as much time as possible in the surrounding (stunning) public lands.

I have been to Mount Rainier National Park more times than I can count. Olympic is my absolute favorite national park in the world (where I proposed to my wife).

I’ve spent my entire adult life exploring and filming America’s national parks and public lands. Along the way I’ve worked with the National Park Service, the Department of Interior, and the U.S. Forest Service for years creating films on important places and issues.

I’m Will Pattiz, and along with my brother, Jim, we’re collectively known as the Pattiz Brothers.

How We Ranked the Washington National Parks

We’ve included a scoring system for each of these parks to give you an idea of what to expect in each one and to compare/contrast them. Have a look at the scoring breakdown below:

Things to Know Before You Visit Washington’s National Parks

Insect Repellent: We carry around an Eco-Friendly Insect Repellent with us, especially in the redwoods, as mosquitoes can be a bit crazy in the parks.

Resources: Guide / Map / Guidebook / Things to Do / Hikes / Where to Stay

Olympic National Park is the most diverse national park in America, hands down. This park has everything from lowland forests, striking mountain ranges, pristine alpine lakes, sparkling rivers, temperate rain forests (the largest in North America), iconic wildlife, and over 50 miles of wild coastline!

Getting to Olympic National Park

If you are driving from Seattle (or north of the city), getting to the park can be done one of two ways. Option one is driving through Seattle, Tacoma, and around the Puget Sound which takes about 3.5 hours.

The best time to visit Olympic National Park is during summer when the entire park is open, trails are clear, and days are long.

The downside to visiting Olympic in summer is crowds but there are still plenty of areas in the park where it’s just you and the natural world. Summer sees wildflowers and marmots emerge from their winter slumbers as well.

Hurricane Ridge is the best place to experience the majesty of the Olympic mountains. This is a must-see for first time visitors.

Rialto Beach is a prime example of the rugged coastal beauty of Washington state. This rocky beach is home to bald eagles and beautiful off-shore rock formations.

Hoh Rain Forest is a mossy wonderland with the title of the quietest place in North America. The Hoh is home to an elk population, streams, and pure rain forest magic.

John Muir referred to Mt. Rainier as “The most luxuriant and the most extravagantly beautiful of all the alpine gardens I ever beheld in all my mountain-top wanderings”.

This most heavily glaciated peak in the contiguous US is downright mesmerizing.

Similar to the feeling one gets when looking into the Grand Canyon, you can gaze upon this mountain for hours without fathoming what exactly you’re looking at.

This park has so much more to offer than the magnificently glaciated mountain surrounded by carpets of the most beautiful wildflowers you’ve ever seen.

Summer crowds can be troublesome and wildfires seem to be more present with each passing year, but plan accordingly and you’ll be amazed by this immensely beautiful national park.

Getting to Mount Rainier National Park

Mt Rainier National Park is located in the western part of Washington State and looms large over the Seattle landscape.

The park itself is located just 2.5 hours south from Seattle. The closest airport to Mt Rainier is Sea-Tac which is just 2 hours from the park’s Longmire entrance.

The best time to visit Mt Rainier National Park is in Summer, particularly late July and early August to see the most spectacular wildflower display on the planet.

Each summer this kaleidoscopic array of beautiful blooms showers the Paradise region of the park with dazzling carpets of bliss.

For more check out this Things To Do Mt Rainier post.

Skyline Trail is the most popular and perhaps most spectacular hike in Mt Rainier National Park. This trail takes you right up to the mountain itself offering unparalleled views of the massive glaciers and alpine beauty that exist here.

Mt Fremont Lookout Trail is a great hike located in the “Sunrise” section of Mount Rainier National Park. This hike leads to a lookout tower that is so breathtakingly close to the mountain you can practically reach out and touch the peak!

Reflection Lake is a beautiful lake located high up in the Paradise section of Mt Rainier and is frequently featured in Washington State promos.

I’ve also listed where to stay in the few towns near Mount Rainier with accommodations: Enumclaw (epic views of Rainier), Packwood, & Ashford.

There are also two lodges located within the park itself: The National Park Inn (Longmire) & the famous Paradise Inn (Paradise).

Resources: Where to Stay | Things to Do | Best Hikes

Here’s a park I’m sure will be moving up our overall national parks list in the coming years. Referred to by some as the “American Alps” with mountain beauty that rivals any range on the planet, North Cascades is the crown jewel of the mighty cascade range.

One of three Washington state national parks, North Cascades is the least visited, the most difficult to access all around, and perhaps the most rewarding for those who dare.

A backpackers paradise to be sure, but it’s just not very approachable for the average national park/outdoors enthusiast. For that reason we had to dock it on amenities as there really aren’t any.

That said, the park’s interior is absolutely stunningly beautiful as a simple Google image search will show you, and its lack of crowds and backcountry offerings are a major plus. If you’re interested in getting off the beaten path and seeing some amazing scenery, here’s your chance.

Getting to North Cascades National Park

The closest airports North Cascades are Sea-Tac to the south and Vancouver to the north. Both airports are a 2.5 hour drive from the park.

The best time to visit North Cascades National Park is in the fall when crowds are minimal and the larches turn a vibrant yellow.

Fall hikes in the park are spectacular and you’ll practically have the run of the place! Summer is also a good time with wildflowers and turquoise lakes.

Maple Pass Trail is a steep but beautiful trail in North Cascades National Park. This hike ascends up from the valley into the land of the peaks and is passable in summer & fall.

Diablo Lake is one of the most mesmerizing lakes in the Pacific Northwest known for it’s deep turquoise color in the Summer.

Visiting North Cascades National Park? If you haven’t decided where to stay (yet) check out our favorite hotel in North Cascades.

See below map with the locations of all 3 of Washington’s National Parks.

List of Washington National Parks (ranked from best to worst)

Why Listen to Us About Visiting Washington’s National Parks?

And a bonus! Tips for Visiting a National Park Responsibly 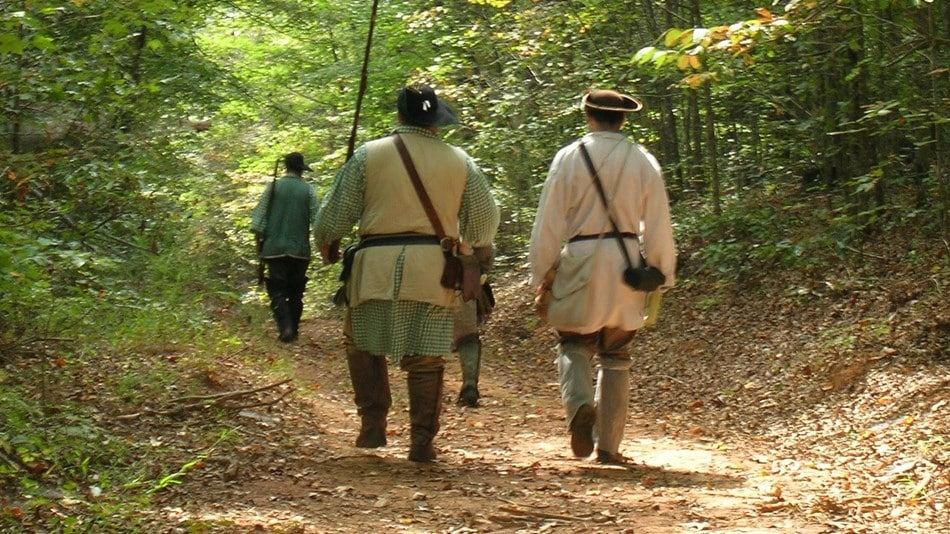 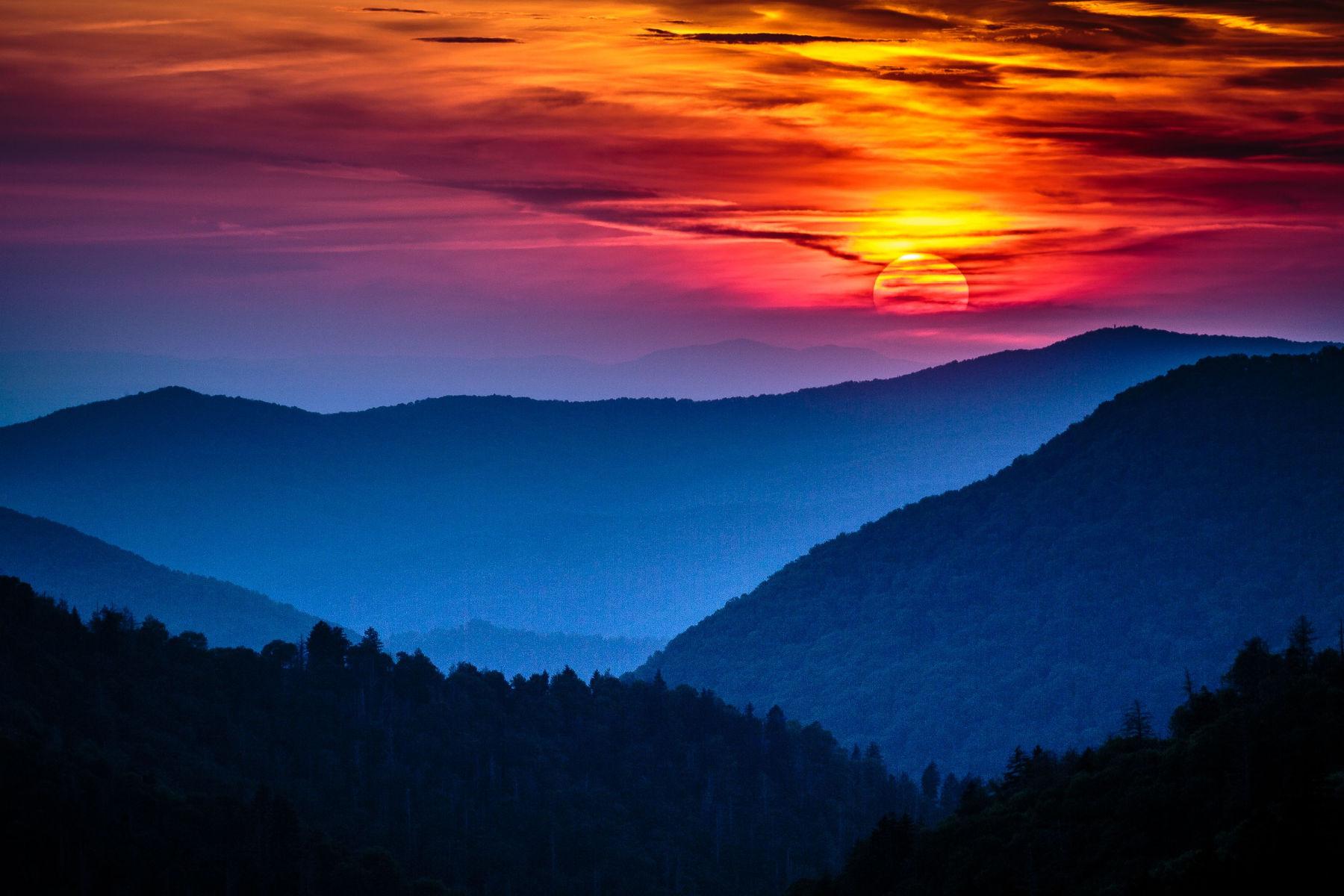 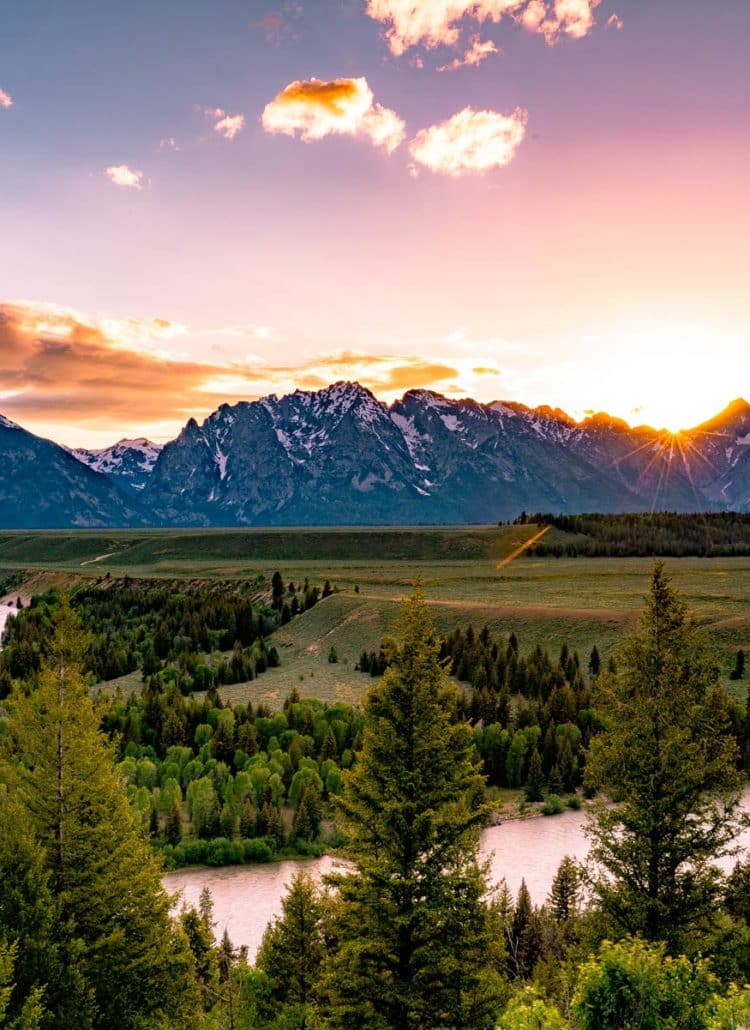 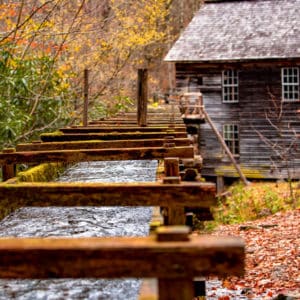